In Pityana's court papers, he hopes to declare the conduct of the Reserve Bank as Prudential Authority unlawful. 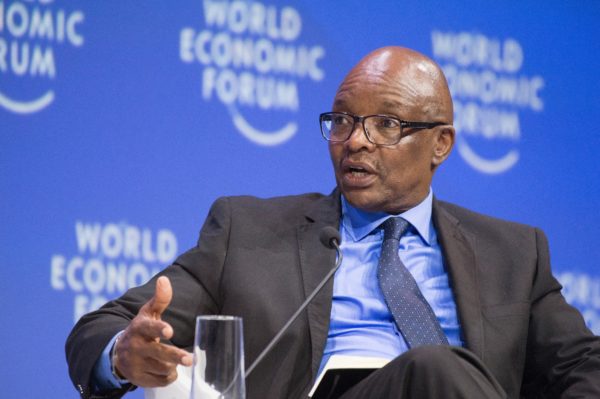 In a day of some boardroom drama, Absa announced it had appointed Sello Moloko at its new chairman to replace Wendy Lucas-Bull when she retires in March next year.

The announcement followed after Absa’s lead independent director, Sipho Pityana, served court papers on the Prudential Authority of the SA Reserve Bank, claiming his nomination to become the bank’s chairman had been unfairly blocked.

He claims his nomination was blocked after Maria Ramos informally informed the Prudential Authority’s head, Kuben Naidoo, of a sexual harassment incident and investigation involving Pityana while he was the chairman of AngloGold Ashanti.

In an interview on Tuesday, Pityana told Moneyweb journalist Ryk van Niekerk that in his court papers, he hopes to declare the conduct of the Reserve Bank as Prudential Authority unlawful and ultra vires.

In Pityana’s view, “they circumvented the provisions outlined very clearly in Section 60 of the Banks Act, which requires that the bank’s board of directors makes a determination of this criteria and select whomever it decides as the chair of the board, after which it then submits [that] to the regulator for assessment of its chosen candidate – whether that person is fit and proper, or whether it is in the public interest for that person to be a chairperson of a bank.”

Processes ‘outside of the law’

Pityana said the regulator involved itself in “certain criteria” and the selection process which resulted in more than one person being nominated by the board.

What followed were enquiries into Pityana’s past, he explained, “in a way that did not allow me my right to be heard, which is a constitutional and legal right that I enjoy under South African law”.

“So the processes that they followed were outside of the law and unfair indeed. They have compromised my dignity and have impugned my character.”

Pityana told Moneyweb he became aware that his nomination to become the new Absa chairman had been blocked in April.

“I was told what the objections were about, and the concerns that were expressed, and these related to allegations of sexual harassment that I had thought were completed at AngloGold Ashanti and confidentially with the consent of all parties – that is myself, the person who laid the accusation against me, and the Absa board.

“To my surprise these were raised and brought to the attention of the regulator of banks in the context of this process by Ms Maria Ramos – if one accepts the feedback that I got from the chairperson of Absa, who told me about all of this.”

Ramos had relayed the AngoGold Ashanti information to Naidoo, through Lucas-Bull.

Pityana said he was never afforded an opportunity to engage directly with the Prudential Authority “at all throughout this process.”

“All of this was through an informal process, and it did appear that the Reserve Bank was talking to other people with regard to my candidature.

“I was not afforded an opportunity to put my side across and explain the circumstances of what they were enquiring about.”

The sexual harassment allegations were investigated by the Absa board through an independent review process, which concluded the outcomes were flawed, and that not all material evidence presented before it had been taken into consideration.

This, Pityana said, was “enough for the Absa board to then conclude that it remained confident in its nomination that I be appointed chairman of the board”.

“It’s at that point that the Reserve Bank, without interrogating a competent report of a review process that I’d undertaken at Absa, decided on the basis of whatever feedback they may have received from Ms Ramos, according to the reports that I was getting from Wendy Lucas-Bull, clearly suggesting that the governors of the bank had met and considered my candidature and, if Absa were to put forward my name formally, they would object to that sufficiently to basically render the formal process of whatever it is that Absa would have wanted to do with regard to my candidature completely redundant.

So they basically, effectively in an unlawful fashion, took me out of consideration without ever giving me an opportunity to be heard.

After allegations of sexual harassment emerged at AngoGold Ashanti, Pityana explained he had fully cooperated with the investigator.

When the draft report was released, negative findings were put against Pityana, to which he responded there were things he thought they had overlooked, and should this not be attended to, the integrity of the report would be undermined.

But after the draft report was released, he stepped down as chairman of the board in December 2020. AngloGold Ashanti and legal representatives then told Pityana that the matter should be settled, and that once the investigation was completed, he would be able to comment on the report.

Pityana opted not to take the report on review “because it was settled at the instance of AngloGold Ashanti and the complainant”, he told Moneyweb.

Pityana said when Ramos was asked if she had a reference feedback, she said she only had a certificate of tenure.

“But curiously then, behind the scenes, [she] proceeds to talk to Kuben Naidoo and say[s] oh, there are problems here; you must look into those and there’s a negative report arising from this investigation.

“It is only at that point that the Absa board then takes that report through an independent legal-review process to ascertain whether it can place any reliance on it in terms of determining whether I would be an appropriate person to appoint or not.”

Naidoo and a colleague gained access to the AngloGold Ashanti report, but never subjected it to a proper legal review, Pityana said, something he said should have been done if he was unhappy with it, instead of taking “dogged feedback” from Ramos.

No point in fighting

Pityana told Moneyweb he was advised by the Wits chair that, given the objection from the meeting of the Prudential Authority, there “would be no point in proceeding”, as their decision to object to his appointment “seemed to be quite firm”.

“So they took a view that they would not proceed with my name because they didn’t want to offend the regulator and mess up their relationship.”

However, Pityana wants to take legal action regardless, with him explaining to Moneyweb that the regulator’s conduct was “a serious breach of governance because, when things don’t go well, shareholders must hold the board accountable”.

“Their ability to hold anybody to account, having invested huge sums of their money, is to hold the board of directors to account.

“That’s why the board of directors must guard its purview very jealously because it is entrusted with that responsibility and rule, and paid for by shareholders.”

Pityana also said that should the Reserve Bank be allowed “to act in an unlawful fashion”, the country’s economy would be put in “a very difficult situation”.

“Remember that the public confidence in our economy largely stems from the fact that we are celebrated across the world as a country of laws, that if anybody acts in an unlawful fashion, there is recourse.

“And the Reserve Bank, as an independent institution of the Constitution, certainly has to conduct itself within the framework of the law. It has to promote good governance. It shouldn’t undermine it.

“In this instance it has done exactly that.”

He said even criminals are afforded better opportunities to be heard than he has been.

In addition, Pityana is considering bringing defamation charges against “anybody and everybody who would have been implicated in damaging my name in the manner that it has been through this process”.

Pityana will remain lead independent director on the Absa board.

This interview first appeared on Moneyweb and was republished with permission. Read the original interview transcript here.

UPDATE: Sipho Pityana to drag Absa to court for sacking him from board
5 days ago
5 days ago

UPDATE: Sipho Pityana to drag Absa to court for sacking him from board
5 days ago
5 days ago