The suspect has since withdrawn his confession, saying it was made under duress, and he only told cops what they wanted to hear. 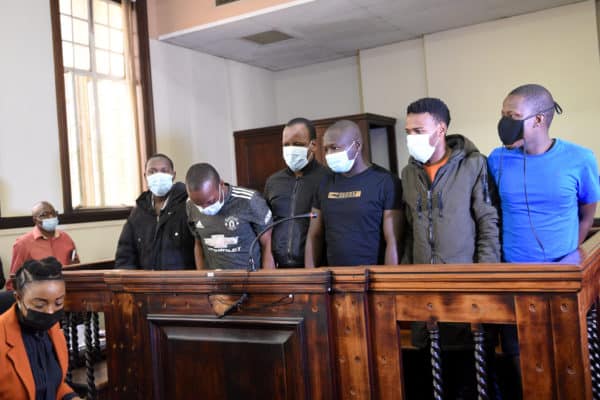 Shocking revelations emerged in the Johannesburg Regional Court on Tuesday when the six men accused of killing whistleblower Babita Deokaran appeared in the dock – including that in a now-disputed confession, one of them fingered former health minister Dr Zweli Mkhize as the mastermind behind the crime.

The suspects’ bail application finally began on Tuesday morning, with their counsel – advocate Peter Wilkins – reading into the record an affidavit from accused one, Phakamani Radebe, in support of his bid for bail.

In his affidavit, Radebe pointed to a purported confession he had made after his arrest in August. While the state has since redacted the detail, he in this affidavit revealed that he had implicated Mkhize but claimed he was under duress at the time.

He claimed he had been tortured by the police and coerced into implicating Mkhize – whom he now says he has in fact never met, insisting he was simply telling the officers what he believed they wanted to hear.

Deokaran was gunned down outside her home in Mondeor, south Johannesburg, in August in what appears to have been a hit. Nothing was stolen. Deokaran, a high-ranking official at the Gauteng department of health, was a witness in various graft probes related to personal protective equipment (PPE) tenders.

Radebe and his five co-accused – Zitha Radebe, Nhlangano Ndlovu, Siphakanyiswa Dladla, Simphiwe Mazibuko and Sanele Mbele – were arrested less than a week later and are facing charges of murder, conspiracy to commit murder and possession of unlicensed firearms and ammunition.

They are also facing a charge of attempted murder relating to Deokaran’s domestic helper, who was with her at the time of the shooting.

Babita Deokaran murder: No water at court leads to postponement of bail application judgment
1 week ago
1 week ago
PREMIUM!

‘Confessions’: suspects detail how they stalked, shot Deokaran
2 weeks ago
2 weeks ago

Is Zweli Mkhize a suspect or witness in Babita Deokaran murder case?
3 weeks ago
3 weeks ago 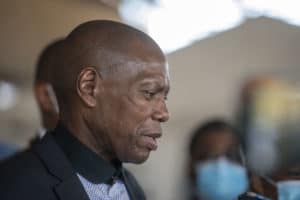 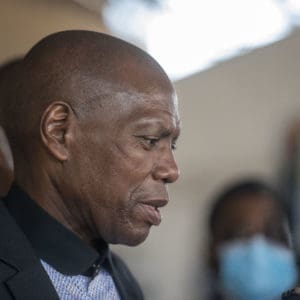 Babita Deokaran murder: No water at court leads to postponement of bail application judgment
1 week ago
1 week ago
PREMIUM!

‘Confessions’: suspects detail how they stalked, shot Deokaran
2 weeks ago
2 weeks ago

Is Zweli Mkhize a suspect or witness in Babita Deokaran murder case?
3 weeks ago
3 weeks ago