Ace Magashule alleges the trial is being used to 'neutralise' his political career. 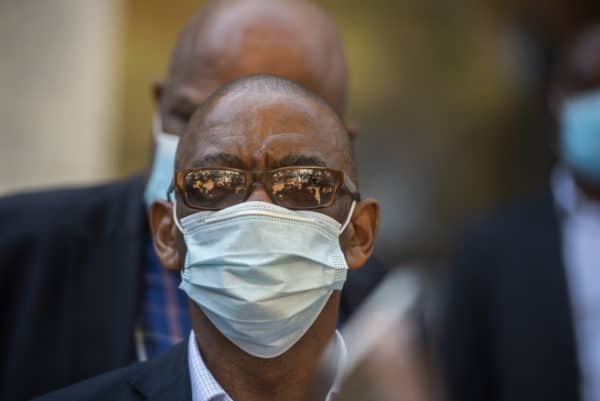 Suspended ANC secretary-general Ace Magashule has filed papers at the Bloemfontein High Court to force the National Prosecuting Authority (NPA) to disclose the list of witnesses that implicate him in the R255 million asbestos corruption case.

Magashule also says his lawyers have looked at the state’s docket of evidence and claims they “cannot find any evidence… which would lead the prosecution to find that there is a prima facie case against me”.

Magashule added that the trial was being used as a means to “neutralise” his political career, reports News24.

“My political activity appears to be the ulterior purpose behind the decision to prosecute me,” he states.

“The intended trial is a combination of a smear campaign and a fishing expedition which will result in irreparable harm to me.”

Magashule says the legal action against the NPA is necessary to find out what case he will need to answer to.

The NPA has until Tuesday, 7 December, to respond.

Magashule is facing charges of fraud, corruption and money laundering over the awarding of tenders to remove asbestos from houses in the Free State. This happened while Magashule was Free State premier, but little work was actually done to identify and remove the asbestos.

The state’s case took a blow when Magashule’s former personal assistant, Moroadi Cholota, apparently backtracked on an agreement to be a state witness.

State advocate Johan De Nysschen revealed that Cholota has refused to co-operate with local detectives that travelled to the United States – where Cholota now lives.

She is now facing prosecution herself.

At the end of November it was also reported that Magashule could soon be facing more corruption charges.

According to an article published by Sunday World, the charges would involve Magashule and former Free State MEC for human settlements Mosebenzi Zwane. The case relates to the R1 billion bogus Free State housing project a decade ago that cost the province millions.

Sunday World reported that former head of human settlements in the Free State, Mpho Mokoena, who was sentenced for corruption and contravention of the Public Finance Management Act relating to the housing graft, has turned state witness.

Mokoena told the Commission of Inquirty into Allegations of State Capture that Magashule had communicated instructions through Zwane to him to pay certain contractors for work that was never done.

NOW READ: More corruption charges could be on the cards for Magashule – report