The state will have to serve Mafe with an indictment in his appearance. 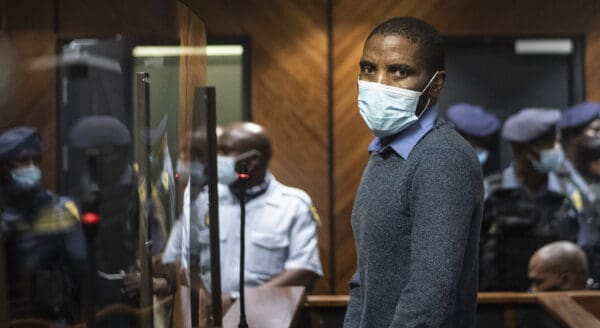 The case against suspected Parliament arsonist Zandile Christmas Mafe has been postponed until next month for further investigations.

The Cape Town Magistrate’s Court on Thursday granted the state a four-week postponement after prosecutor Mervyn Menigo indicated that some forensic reports were still outstanding.

Mafe’s case was previously postponed in March, as the state’s investigators needed more time to assess the crime scene.

During Thursday’s court proceedings, Magistrate Michelle Adams postponed the case yet again to 9 June, ordering that Mafe remain in custody.

The suspect’s attorney Luvuyo Godla criticised the state for the latest delay in the case, but the National Prosecuting Authority (NPA) has defended itself.

Speaking to the media outside the court, NPA Western Cape spokesperson Eric Ntabazalila said the reports that the state is waiting for would be ready in Mafe’s next appearance.

ALSO READ: Mafe was inside Parliament for more than a day – report

Ntabazalila also said the state will have to serve Mafe with an indictment.

Meanwhile, Godla argued that the state’s investigations should have been completed by now, adding that they were still awaiting a court ruling regarding Mafe’s bail.

Mafe’s bail appeal application was heard at the Western Cape High Court last month, in which the judgment was reserved.

The appeal came after the Cape Town Regional Court in February ruled that the defence failed to prove exceptional circumstances as to why Mafe should be released on bail.

Mafe is facing charges of terrorism, arson, theft and housebreaking with intent to steal, among others.

The suspect was arrested in connection with the Parliament fire on 2 January that destroyed the Old and the New Assembly buildings.

He was allegedly caught with the stolen property after gaining entry to the parliamentary precinct in Cape Town.

According to News24, Mafe spent the entire New Year’s Day inside Parliament having entered after midnight.

The 49-year-old reportedly avoided detection by crawling and covering his head with a jacket.

He allegedly set a pile of boxes on fire 26 hours later and then called the police from inside the National Assembly.

According to the state, Mafe demanded in his affidavit that President Cyril Ramaphosa resigns by 8 January, that Chris Hani’s murderer, Janusz Walus, be released from prison on 11 February and that a R1,500 grant is provided to unemployed people after the burning of Parliament.

Mafe was admitted to Valkenberg Psychiatric Hospital for a 30-day mental observation after being diagnosed with schizophrenia with paranoia.

But he was released from the hospital after his defence applied for a review of his referral.

The 49-year-old and his pro-bono lawyer, advocate Dali Mpofu has repeatedly dismissed suggestions that the suspect is mentally ill.

Mpofu told the Western Cape High Court during the appeal hearing that Mafe was diagnosed with paranoid schizophrenia within 45 minutes of his booking with a doctor.

The advocate said the suspect was booked for a 10:30 am session on 3 January and later around noon Mafe was taken in by the police for a confession.