Witbank woman cooks the books to the value of R900k 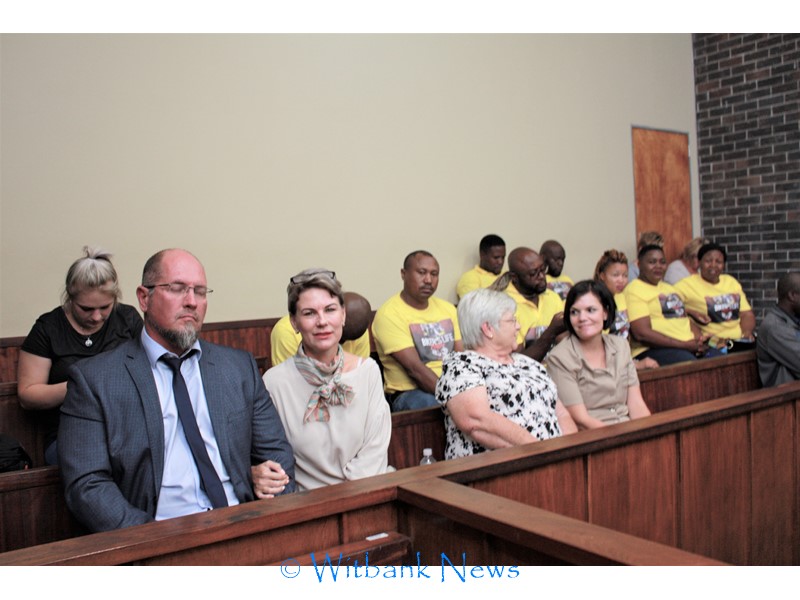 Laas's employer Piet and Katinka Botha (front left) anxiously waiting for the trial to continue in Court A of the Witbank Magistrates’ Court.

She appeared in the Witbank Magistrate Court on Tuesday, reports Witbank News.

The state alleges that between 2012 and 2016, Laas stole just short of R900,000 from her employer by cooking the business’s books.

Laas had been employed as a personal assistant and was partially responsible for capturing the business’s financial transactions in its ledgers and journals.

Her employer alleged he realised one of his employees had been stealing from him after he received only four cash payments from Laas over a 12-month period.

Laas’s employer alleged when he asked her why she stole from him; she told him: “I don’t know.”

The court has been adjourned and the case will roll over to Wednesday.

Tomorrow, the case will kick-off with Laas’s employer being presented for cross-examination to the defence.

The minimum sentence Laas is facing, should she be found guilty, would be 15 years’ imprisonment.