Sibusiso Khwinana was a superstar in the making – Kagiso Lediga

The well-known comedian and filmmaker paid tribute to the slain young actor yesterday at his Soshanguve home. 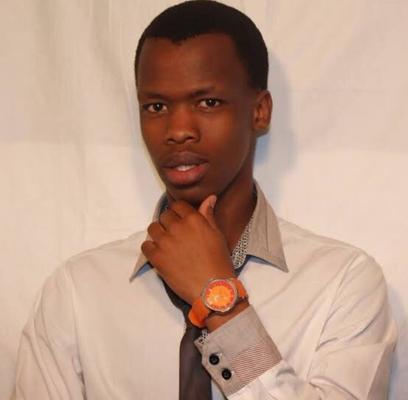 His mother spoke of Sibusiso Khwinana with pride and would call family in Limpopo whenever he appeared on TV. He was a respectful young man, father to a four-year-old girl, and passionate about his work.

But the slain rising star would not see the impact he had as an artist, his grieving family said yesterday. Khwinana recently rose to fame for his leading role as Lefa in local film Matwetwe, but the 25-year-old was killed while promoting the popular film outside Sterland cinemas in Pretoria on Friday.

He was stabbed to death by criminals who wanted his cellphone. His murder sparked outrage across the country, with social media posts expressing shock and condolences.

The Soshanguve street on which he lived was filled with cars when his colleagues, including Matwetwe creator and comedian Kagiso Lediga, visited his family yesterday afternoon.

Lediga said: “He was very talented and we expected him to be a superstar. “He was a natural performer, a hard worker and playwright.

“He was a director in theatre so his scope was going to be unbelievable.”

Co-star Tebatso Mashishi, who played Papi in the film, witnessed the attack.

“He is taking it the worst. That is one person that we ask to be given space because he is very traumatised,” said Lediga. Khwinana’s cousin, Khalo, said: “He was very appreciative of the support he received from the family.

“He was humble and didn’t change one bit. He was at [Sterland] to promote the movie and take pictures – adding a personal touch. He didn’t consider people as fans. He pushed it as if it was his last one.

“His mother is devastated because of how senseless the death was. A month ago, he was trending for the right reasons. “

He died for what he loved. We’re happy he did his part.”

Police are still searching for the killer.

“As they were wrestling for the cellphone, the deceased was allegedly stabbed with a sharp object in the upper body. He was certified dead on the scene,” police spokesperson Captain Mavela Masondo said.

Cases of murder and robbery are under investigation.

Suspect in critical condition after shooting herself in the head during arrest
3 weeks ago
3 weeks ago
PREMIUM!

Suspect in critical condition after shooting herself in the head during arrest
3 weeks ago
3 weeks ago
PREMIUM!