During a public apology event, Bongani Gwala sought to make peace with families of victims. 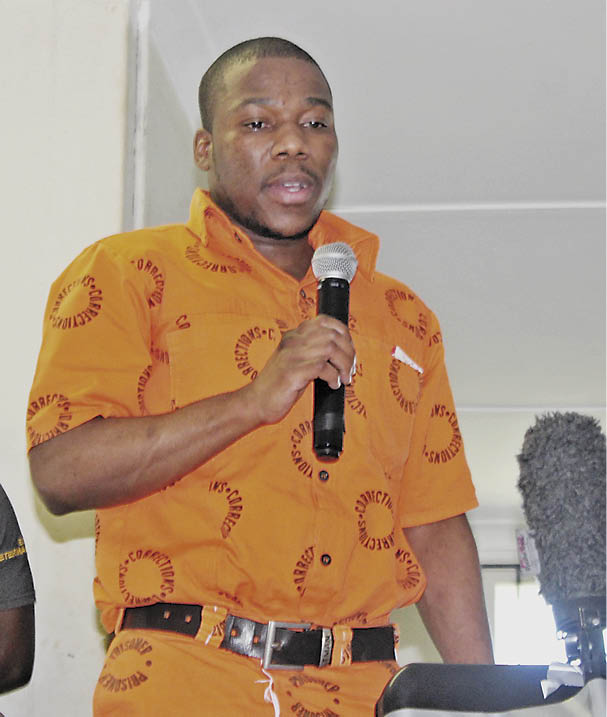 Bongani Gwala apologises to the families for killing 15 passengers in the taxi he was driving.

The event, organised by the department of correctional service as part of the department’s Victim-Offender Dialogue (VOD) programme, was held last Thursday, opened old wounds for the families, who were unanimous in accepting Gwala’s apology, reports Maritzburg Sun.

In 2011, Gwala, then 23 years old, tried to leap-frog congestion at the intersection by illegally overtaking on the on the wrong side of the road on the R103 at the New Greytown Road and Allandale Drive intersection. The overloaded minibus taxi Gwala was driving slammed into a truck, killing 15 passengers and critically injuring four others.

In 2013, Gwala was convicted on 15 counts of aggressive culpable homicide and sentenced to 10 years imprisonment. He was transferred to Servontein Correctional where he has remained behind bars since.

Gwala said the events of that day haunt him. “I am grateful for the opportunity that you have offered me today to apologise. Some of you may ask why it took so long. I did not know how and what channels to follow to. Thankfully, the department came to my rescue.”

He dispelled rumours that he did not have a valid driver’s license. “I was basically in a rush to cash in on my wages because this happened on September 30, when there were hordes of commuters rushing to get to town.”

Sbusiso Mchunu, who lost his mother and his mother-in-law in the accident, said he had waited for them to accompany him to his graduation ceremony in Durban but they never arrived.

“I am still trying to recover from it. It’s been extremely difficult. After that day, I never had the energy to further my studies,” said Mchunu.

Correctional services had previously described Gwala’s remorse as coming “deeply from his heart”. The department’s Sandile Jali said the objective of VOD was to put the victim back at the centre of the correction’s system as the victim was directly and personally affected by the criminal act of the offender.

“Equally so, the offender must be given an opportunity to reflect on his or her wrongs and request forgiveness,” explained Jali.

Gwala’s incarceration has also presented him with a new lease on life as he has successfully completed an N2 in electrical engineering. “When I come out of prison one day, I want to be a good father to my child who has also been robbed of having a father. I want to look forward now and never turn back.”