Shupikai Chiroodza says the former first lady assaulted her for about 20 minutes because Robert Mugabe gave her a cash wedding present. 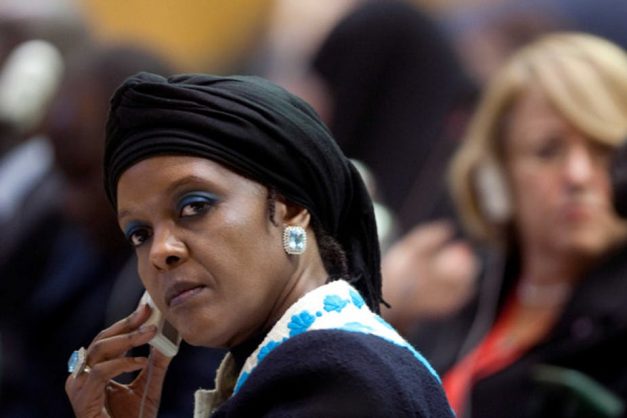 As AfriForum patiently awaits Grace Mugabe’s extradition to South Africa to face assault charges, it has emerged that the former Zimbabwe first lady has been accused of assaulting an employee in the family home in the capital Harare.

Advocate Gerrie Nel, head of the lobby group’s private prosecution unit, yesterday said when the National Prosecuting Authority (NPA) informed them of the application to extradite Mugabe, the prosecution body asked to be afforded space as the process took time.

“As far as we are concerned the South African Police Services applied and was granted a warrant of arrest for Mugabe. The NPA started with the process of applying for extradition. They requested to be afforded time as such processes are not done overnight. We understand it takes time,” said Nel.

In May last year, the High Court in Pretoria set aside former international relations and cooperation minister Maite Nkoana-Mashabane’s decision to grant diplomatic immunity to Mugabe following an incident in August 2017 when Mugabe allegedly assaulted South African model Gabriella Engels – who was in the company of Mugabe’s sons – with an extension cord.

It appears this isn’t the only case of violence the former first lady is now being called to order for.

She has been accused of viciously beating up housekeeper Shupikai Chiroodza, an employee in the family mansion in Harare, allegedly because she was given cash by former president Robert Mugabe as a wedding present.

Chiroodza, who was seconded to the Mugabe’s private residence on March 13, 2017, said she showed up for work as usual and found the first lady waiting for her.

When she reached the main door, Grace Mugabe allegedly started shouting at her and grabbed her by the neck, pulled her inside before locking the door.

“She started beating me with clenched fists shouting, ‘who do you think you are? You are milking my husband behind my back’.

“She removed her shoes and continued assaulting me with them and blood started gushing out of my forehead, mouth and nose,” Chiroodza said.

Chiroodza said the attack lasted for about 20 minutes and she was only saved by the arrival of guests at the mansion.

She told her lawyer, Doug Coltart, in a detailed statement, that Grace Mugabe told her to return the cash wedding present and not to tell anyone about the events of that day.

The former housekeeper said she had never been fired and wanted her job and benefits, but had failed to persuade Mugabe’s administration to reinstate her, and was denied again by senior civil servants employed by President Emmerson Mnangagwa who came to power via a coup d’etat later that year.

Coltart said the matter was handled by the civil division of the Attorney-General’s office, which indicated the case would not be opposed, so Chiroodza will soon be formally reinstated and receive all benefits owing to her.