The Hawks and the Labour department are looking into allegations of fraud, corruption and money laundering, and using alleged dubious entities. 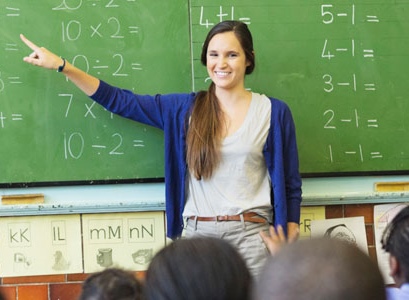 Afrikaans teachers union the Suid Afrikaanse Onderwysers Unie (SAOU) is facing another investigation, with its secretary-general’s R3.6 million salary among a flurry of alleged irregularities subject to a labour registrar’s probe.

The Citizen can confirm that the labour department’s probe is at an advanced stage.

At the heart of members’ complaints, which are also a subject of a criminal investigation, are allegations of fraud, corruption and money laundering, and using alleged dubious entities.

“The investigation is ongoing… What I can say at this stage is we are investigating complaints received from the union’s members,” he said.

The Citizen revealed last week how the union’s members were horrified by Klopper’s R3,651,851 salary per annum, claiming he created the position to justify his huge pay cheque.

Sources said also in the spotlight was a failure to keep minutes of critical meetings where far-reaching decisions involving the union’s finances were taken.

“The process that is likely to unfold is putting the union under administration, paving the way for its deregistration, as it is an illegally run entity, fleecing its members,” a source said.

South Africa’s Directorate for Priority Crime Investigation (the Hawks) has been investigating the financial affairs of the union and entities linked to it – the Financial Services of South Africa (Finsa), TO Onderlinge Maatskappy (Pty) Ltd (Toom) and the South African Education Foundation (SAEF) – allegedly used to fleece it.

The union, which has 37,000 members, is said to have lost about R500 million, having paid rent to SAEF for its headquarters, a property it previously owned.

A member who did not want to be named said: “We are hopeful that now we will get credible answers because we did not trust the internal investigation that cleared the top leaders of wrongdoing. They appointed the judge and the auditor who cleared them. That is a sham.”

The union is adamant the allegations are part of a smear campaign driven by a businessperson who is apparently bitter because he was stopped from exhibiting at the union’s annual event, and demanded R10 million.

“Equally, your allegation of an ‘ongoing investigation’ by the registrar of the department of labour regarding ‘complaints of irregular tendencies at the union’ is exaggerated and devoid of any truth,” he charged.

He said since the beginning of this year there had been no further enquiries from the registrar and that, as far as the SAOU was concerned, the explanations given and supporting documents supplied to the registrar had sufficed.