Give us more cops, not ‘flash-in-the-pan’ soldiers – Cape Flats activists

Cops can be redeployed out of safer and richer areas to help bring a long-term solution to the crime problem, the Social Justice Coalition says. A rational allocation of permanent police resources in Cape Town, along with dealing with the root causes of gangsterism, would be a more effective way to deal with crime than “flash-in-the-pan” short-term solutions, experts say.

Western Cape Premier Alan Winde revealed this week that 43 murders were reported in the province last weekend, when Minister of Police Bheki Cele announced the South African Defence Force (SANDF) would be deployed there.

He called for the deployment to be fast-tracked.

“This weekend’s murder rate is proof there is no time to waste in deploying the army.

“I call on Minister Cele and President Ramaphosa to get the paperwork done as quickly as possible so that no more lives are wasted.”

But Social Justice Coalition (SJC), a Cape Town-based organisation, said the army’s deployment would do little to deal with the crime problem in the Western Cape.

SJC’s Dali Weyers said the deployment would destroy trust between communities and the government and have a negative impact.

He added: “We have never supported the call for the military, because we know it will have a limited impact and it will create an opportunity for things to go wrong. While the deployment of the military may give the police space to take more guns off the streets, it will not deal with the issue [in the long term].”

He said the South African Police Service (SAPS) had deployed its resources from different locations before and it was only a temporary solution to the problem.

“This is because the problem of police resourcing has never been addressed. It’s important that there is a rational allocation of resources across the board.”

Weyers referenced the Social Justice Coalition’s big victory at the Western Cape Equality Court in December last year when the judgment recognised the unfair allocation of police resources on the basis of race and poverty.

He said the judgment meant that “[police] discriminate against poor, black communities. Places like the Cape Flats do not have the same police presence as Sea Point, or other areas in that tax bracket. There were more police in safer areas and less in areas that needed them.

“This has to change. There are better ways of using the resources the SAPS already has.”

GOOD party secretary-general Brett Herron had the same views as Weyers. He said the deployment of the army was not a long-lasting or sustainable solution to the crime and violence in the Western Cape.

He said he understood why communities were calling for a beefed-up response as they were living amid violence and were desperate for stability.

“In the long term, we cannot rely on resourcing to change conditions,” said Herron. “We need to take a whole society approach to these problems.” 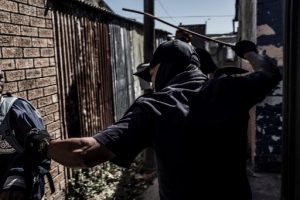 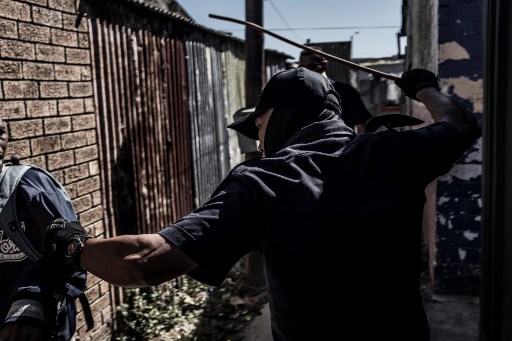