The entrance to the reserve will now have a boom and security access in order to deter criminals from using the reserve as a hideout and getaway route. 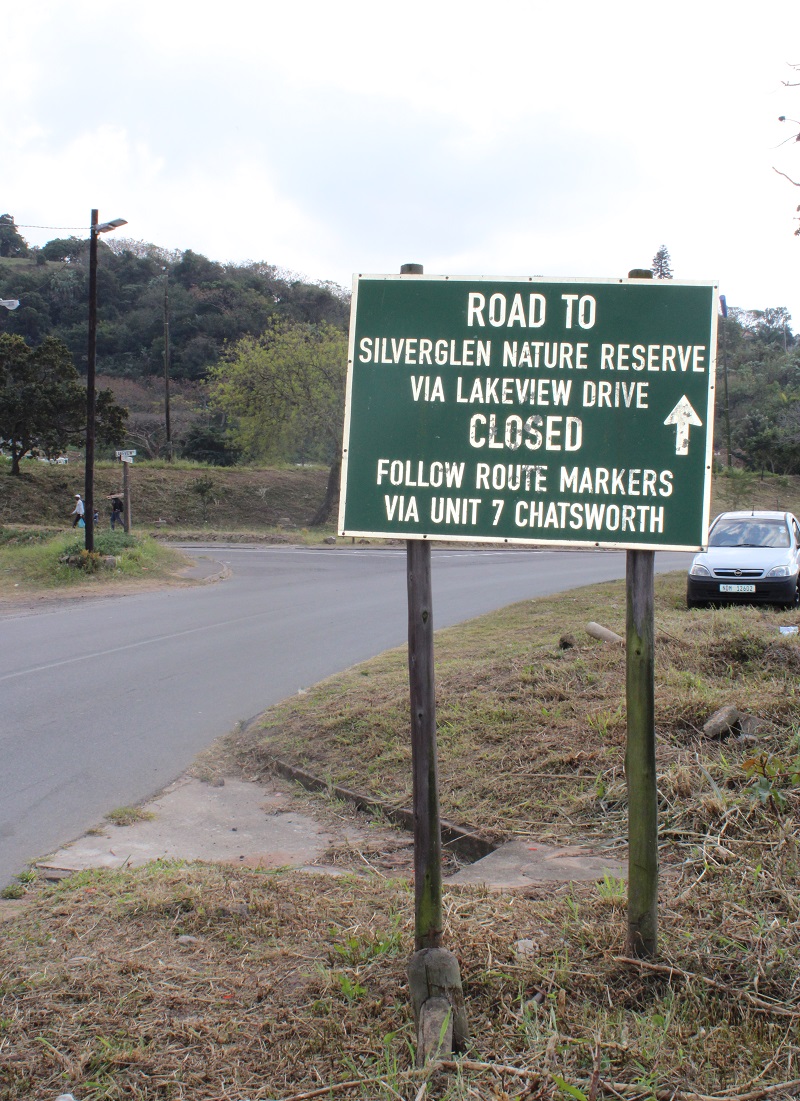 The entrance to the reserve at Lakeview Drive was shut down by authorities.

Following the discovery of a body by rangers in the Silverglen Nature Reserve in KwaZulu-Natal and to better police the area, the entrance to the reserve at Lakeview Drive was shut down by authorities last week, reports Rising Sun Chatsworth.

The entrance to the reserve via Road 703 will have a boom and security access in order to deter criminals from utilising the reserve as a hideout and getaway route.

The Silverglen Conservancy’s chairperson, Shaun Hammond, who played an instrumental role in driving away criminals from the reserve, which was once ridden with criminal elements, said the reserves reputation was marred yet again by crime.

“A day after a badly injured man was found by rangers in reserve, a decomposed body was discovered. We encourage residents to be on alert at all times. Report anything suspicious immediately. Every vehicle entering and leaving the reserve will be acknowledged and booked in. This is only the first phase of securing this national key point and making it a ‘no-go area’ for criminals,” he said.

The serene reserve, referred to as being a nature lover’s paradise in the middle of a concrete jungle, spans over 20 hectares of land and is the only green lung left in Chatsworth.

The reserve is home to over 150 different bird species and over 120 different tree species and holds the title of the highest number of birds and trees of any of Durban’s municipal reserves. 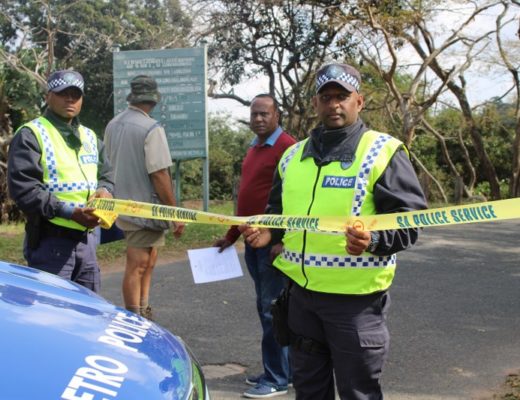 Police officers together with the Silverglen Conservancy chairman, Shaun Hammond.

The reserve also boasts a nursery that sells only indigenous plants.

Interventions and security measures put in place by Hammond, together with relevant role-players, saw the reserve being dragged out of its shameful and fearful notoriety of being associated with crime and taken back to its originality of being a place of tranquillity.

At the end of 2017, the reserve was opened to the public and became a recreational area, which drew large crowds of residents, who engaged in the various activities, including canoeing and family picnics.

“We have noted that criminals are feeling very comfortable driving in and out of the protected Silverglen Nature Reserve without batting an eyelid. They feel that there is no law and order in the Silverglen Nature Reserve. We have come a long way since this reserve was used as a murder field, body dumping place, rape area, soliciting zone, hijackers route and chop shop,” he said.

He explained that it seemed like the area was heading to the dark era with a stigma of crime all over again.

“We have the new threats of land invasion, toxic substance dumping, suicides and sabotage to council and state infrastructure. Being a ‘national key point’ and considering the threats we are faced with and our limited resources, drastic measures will be executed in order to ‘lock down’ this area for better policing and create effective deterrents to any potential criminal attempting to enter this protected area,” concluded Hammond.

Communications officer of the Bayview SAPS, W/O Collin Chetty, confirmed that an inquest case was opened.

“Investigations are underway,” he said.