Owing drug money in Soshanguve could lead to dismemberment 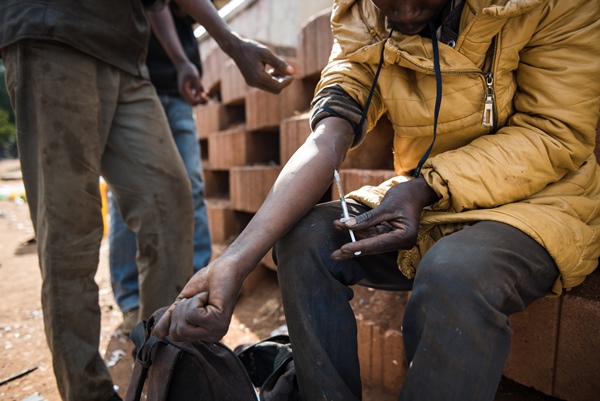 A heroin addict is seen preparing to shoot up after recieving a fresh set of needles from the Harmless programme participants in the Pretoria CBD, 26 June 2018. Picture: Jacques Nelles

Soshanguve Block NN residents claim the community is being terrorised by both drug addicts and dealers, who reportedly chop their victims into pieces while still alive.

“I personally knew an addict who couldn’t pay a dealer for drugs and he was dismembered with an angle grinder,” an anonymous source told Pretoria North Record.

“The body parts were then stuffed into a black bag before being burnt.”

Police have, however, dismissed these allegations as “hearsay”.

“We have not received any such information,” said police spokesperson Captain Stephen Maluleka.

“Also, we would never tolerate such behaviour, not only in our precincts – but the Republic of South Africa in general.”

“As a law enforcement agency, we work on facts and not hearsay; therefore, we urge everyone to come forward about this and we will act accordingly.”

The source, who preferred to remain anonymous out of fear of being victimised, told Record that nyaope addicts robbed and stole from residents to bankroll their addictions. He said there had been rough cases of “citizen justice” in which locals took matters into their own hands. In one such case, a taxi owner made an addict who stole his car battery and wheel caps “disappear”.

“The addict stole from a taxi owner who stays in block LL. He was ‘taken’ right here in Block NN and he has never returned home. His family has been looking for him for a year now,” the source claimed.

The source’s allegations were confirmed by other residents Record spoke to in the area. However, they also wished to remain anonymous out of fears for their safety.

“We have also heard of the dismemberment incident from reliable sources,” they said.

Multiparty woman caucus chairperson councillor Rose Maake said the community should overcome their fears and speak out on these issues, but she understood why “they feared for their lives”.

“The drug dealers instil fear in the family of victims and therefore it is very difficult for them to come forward.”

She said she was also disturbed by stories such as the addict being killed for not paying for his drugs.

“It must be painful to victims’ parents to know that your child has been killed because they owed a drug dealer money.” 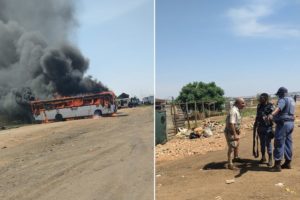 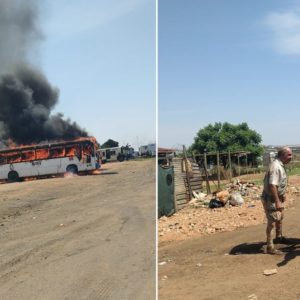