European governments ‘must pay back the arms deal money’

Cancellation of the contracts, returning of the goods and recovery of the money is the internationally accepted remedy for fraud, activist Terry Crawford-Browne says. 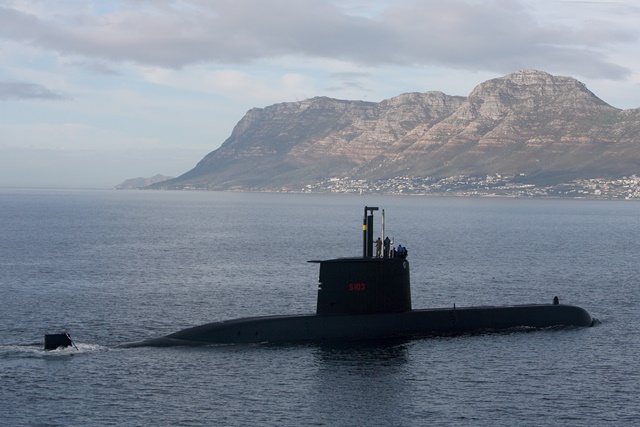 Crawford-Browne was responding to the High Court in Pretoria’s decision to set aside the findings of the 2016 Seriti Arms Procurement Commission of Inquiry findings into the controversial 1999 arms deal with costs.

Delivering the judgment, Judge President Dunstan Mlambo said the commission’s report was a “manifest failure” that failed to gather relevant material, to properly consider and investigate matters raised, failed to seek and allow information or material evidence from key witnesses, and failed to test the evidence of witnesses who appeared before the commission.

Crawford-Browne said SA owed an enormous debt of gratitude to the media and to a few members of parliament – most notably Patricia de Lille, Andrew Feinstein, Gavin Woods and Raenette Taljaard – in exposing the culture of corruption that the deal unleashed.

“When they (and even the auditor-general) demanded sight of the offset contracts, they were blocked by trade and industry officials with spurious excuses that the contracts were “commercially confidential,” said Crawford-Browne yesterday.

Given the financial crises facing South Africa, it was “imperative to expedite remedial action”.

Crawford-Browne, who has been fighting against the arms deal for 20 years, said the internationally accepted remedy for fraud was cancellation of the contracts, returning of the goods and the recovery of the money.

“Let the European governments now carry the financial consequences for the massive fraud … by pressuring our naïve and inexperienced government to purchase armaments of which the country had no need, and could not afford,” he said. In recovering the money, SA would also recover the bribes which were built into the prices.

“This includes cancellation of still-outstanding arms deal commitments, such as the 20-year Barclays Bank loan agreements for the BAE Hawk and BAE/Saab Gripen fighter aircraft that are guaranteed by the British government’s Export Credit Guarantee Department (now known as UK Finance),” he said. “Not only did Trevor Manuel as then minister of finance exceed his borrowing authority in entering into these loan agreements, but their default clauses have rightly been described as ‘potentially catastrophic for South Africa’. A related matter is his subsequent approval in 2005 of the Barclays Bank takeover of Absa, a decision of similarly disastrous consequences.”

Crawford-Browne said former president Thabo Mbeki, Manuel, and former trade and industry minister Alec Erwin should apologise to the nation for ignoring repeated warnings – including the arms deal affordability study – that the arms deal was a reckless proposition. 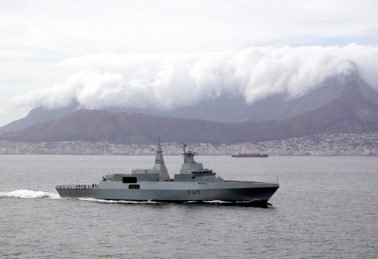 The naval corvette SAS Amatola sails past central Cape Town with its landmark Table Mountain covered with cloud on its way to the the naval base in Simon’s Town, Cape Town 04 November 2003. Picture: JOHN SVERDLOFF / SA NAVY NEWS / AFP

“It beggars belief that they (albeit in collusion with the British, German, Swedish, French and Italian governments) irrationally insisted that R30 billion spent on warships and warplanes would magically generate R110 billion in offsets and create 65,000 jobs.

“As predicted, the offsets were simply vehicles to pay bribes, and the arms companies met less than 3% of their offset obligations,” said Crawford-Browne.

The court application was brought forward by Corruption Watch and the Right2Know Campaign to review and set aside the findings of the arms deal commission which was set up in 2011 by former president Jacob Zuma to probe allegations of fraud, corruption, impropriety or irregularity in the arms procurement deal in 1999.

The commission claimed it had found no evidence of corruption.

The civil society organisations then approached the courts.

Bigwigs not safe from prosecution

The setting aside of the findings of the Seriti commission of inquiry into the 1999 arms deal has opened a can of worms for some of the former government bigwigs, which were let off the hook by Seriti’s findings.

The commission investigated “allegations of fraud, corruption, impropriety or irregularity in the strategic defence procurement package”.

Some of the individuals implicated denied the allegations.

Zuma faced criminal charges for allegedly receiving bribes from the French contractor Thales to help protect the company from criminal investigations and for receiving payments from Schabir Shaik, who was convicted of corruption in the deal in 2005.

Hlongwane, an advisor to former defence minister Joe Modise, was implicated for his role in facilitating the 1999 arms deal, including one of allegedly accepting R24 million to help secure the contract for 26 fighter jets from the Gripen International consortium.

The commission found that the evidence presented before it did not suggest that any undue or improper influence played any role in the selection of the preferred bidders, and subsequently let them off the hook.

NPA doctors say Zuma is fit to stand trial, so why isn't he in court?
5 days ago
5 days ago

Zuma's special-plea hearing to be postponed, NPA to consider medical report
3 weeks ago
3 weeks ago

NPA doctors say Zuma is fit to stand trial, so why isn't he in court?
5 days ago
5 days ago

Zuma's special-plea hearing to be postponed, NPA to consider medical report
3 weeks ago
3 weeks ago