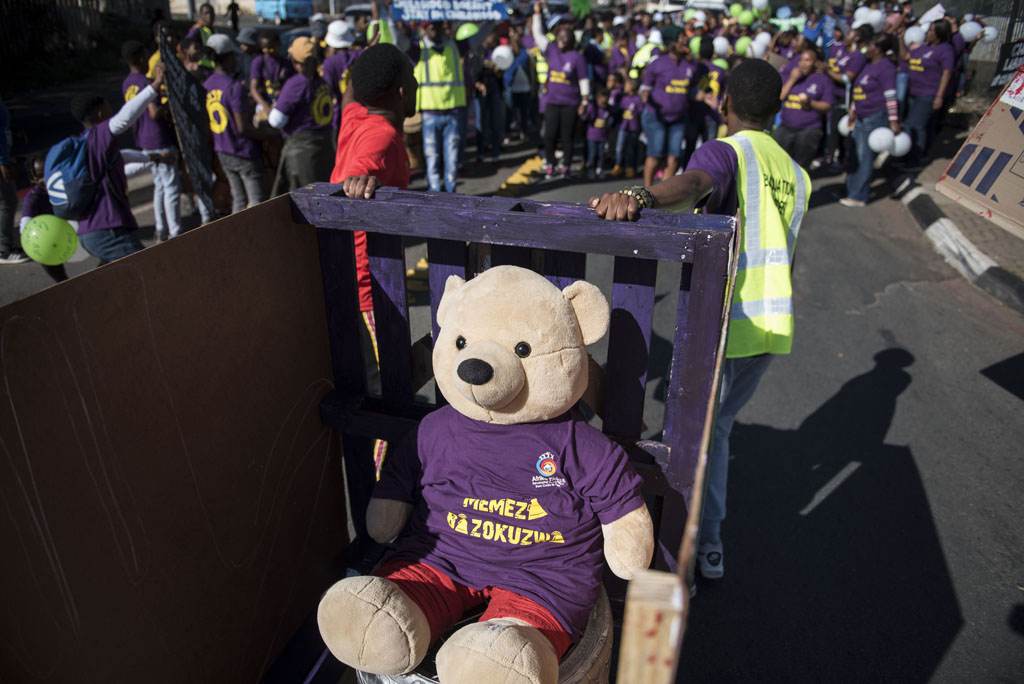 Children, staff and supporters from the Afrika Tikkun Uthando Centre march, 5 June 2019, through the streets of Johannesburg raising awareness for children's rights during Child Protection Week, which runs until 9 June. The march highlighted that, that according to Minister of Police Bheki Cele, 2 600 children were murdered – 5% of the total murders – and 41% of all reported rape cases have been of children. Picture: Michel Bega

A six-year-old child who was allegedly raped by her 26-year-old neighbour in Mamelodi on Saturday has slowly started recovering after undergoing surgery.

The victim, who was hospitalised with extensive damage to her genital area, started walking again on Wednesday. She went under the knife on Monday.

Themba Masango from lobby group Not In My Name told News24 that both the victim and her mother were extremely traumatised and still reeling from the incident. Not In My Name has organised counselling for them.

According to Not In My Name, which has been in contact with the family, the man accused of raping the child is their neighbour and has a 3-month-old daughter of his own. He allegedly offered to buy the child a present on the day the incident happened.

Her mother declined the offer.

“Hours later, he was seen by other community members carrying the child on his shoulder and they suspected nothing. The mother contends that, when she didn’t see her child, she assumed that she was playing with her other neighbour’s daughter,” Not In My Name’s Mo Senne said.

“Much to her dismay, her child walked in holding treats and when asked, in a state of confusion, she told her mother that the neighbour inserted something inside of her, then gave her the treats afterwards.

“Horror befell! Her mother inspected the child and found a panty full of blood. The father stated that, when the police came to arrest the perpetrator, they removed sheets which also had blood stains.”

It is further alleged that the accused threatened to kill the victim if she told anyone, and held a pair of scissors to her neck.

Not In My Name marched to the Mamelodi East police station on Wednesday, demanding that charges of attempted murder and kidnapping be added to the rape charge.

Police spokesperson Captain Johannes Maheso confirmed that a case of rape had been opened and that the police had arrested a 26-year-old suspect shortly after the alleged incident.

He is expected to appear in the Mamelodi Magistrate’s Court on Thursday.

Former Western Cape cop to be sentenced for raping inmates
4 days ago
4 days ago
PREMIUM!

Former Western Cape cop to be sentenced for raping inmates
4 days ago
4 days ago
PREMIUM!