Police are investigating four incidents in which five people were killed during the lockdown. 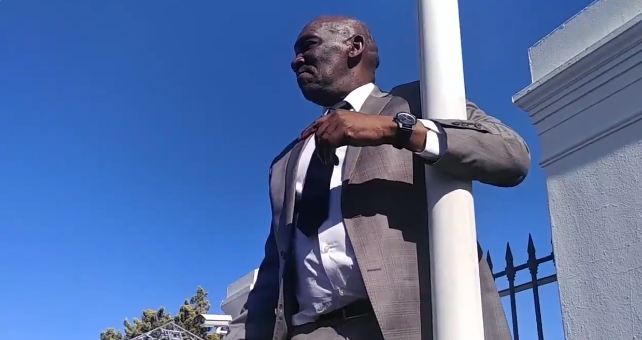 The number of murders in KwaZulu-Natal during the national lockdown is of concern to Police Minister Bheki Cele, so much so that he paid the province a visit and met victims of crime.

Cele led a high-level delegation on a fact-finding mission in the uMzumbe municipal area on Friday, following complaints from community members who lost family members in shootings or who were victims of house robberies.

“It is quite concerning that while most provinces have seen a decline in the contact crime category, KwaZulu-Natal appears to be leading with murders since the lockdown. This current state of affairs needs to be halted before it escalates,” said Cele.

Police are investigating four incidents in which five people were killed during the lockdown.

In one incident, an elderly woman and her daughter were shot dead.

Some murders have been linked to house robberies while the motives in other incidents were not determined.

Two people have been arrested and are being profiled by the police to establish a possible link to the other incidents after police recovered suspected stolen property in an abandoned house in Qoloqolo.

“The minister and his entourage met with the families of the five murder victims to offer condolences and support. The families welcomed the arrest of two suspects and also raised their issues which highlighted the challenge of geographic demarcation that impacted negatively on policing the area,” said the minister’s spokesperson, Brigadier Mathapelo Peters.

“Police must be capacitated to ensure a balance between enforcing lockdown regulations and fulfilling their constitutional mandate of preventing and combating crime,” Cele said.

50 shacks demolished in Durban without any warning, say land occupiers
24 hours ago
24 hours ago

50 shacks demolished in Durban without any warning, say land occupiers
24 hours ago
24 hours ago