Three of accused are also facing charges of fraud and corruption relating to the procurement of emergency lights for police vehicles. 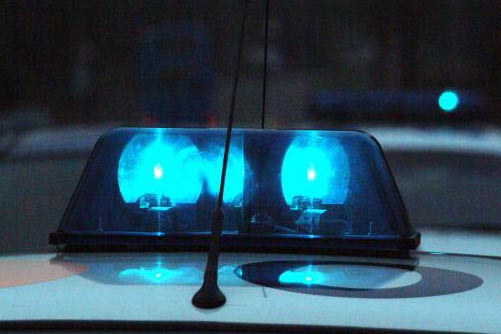 Three of the nine officers arrested for allegedly defrauding the police in an alleged vehicle scam involving police vehicle branding are also accused in the “blue lights” case.

On Thursday, the nine, including a former lieutenant-general and six civilians, were arrested during a nationwide operation.

According to the police, the suspects have been connected to a tender manipulation case involving the branding of police vehicles.

The officers were employed in areas involving supply chain management, procurement, vehicle and tactical equipment, mechanical services and fleet management. One was a station commander in KwaZulu-Natal.

The civilians were linked to companies that allegedly irregularly benefitted from the fraud.

The National Prosecuting Authority’s (NPA) Investigating Directorate (ID) said the accused were linked to the awarding of a tender for reflective markings on police vehicles in which more than R56 million were paid to service providers who paid kickbacks to the very supply chain management officials responsible for awarding the tender in 2017.

During their first appearance in the Pretoria Magistrate’s Court on Friday, it was revealed three of accused were facing charges of fraud and corruption relating to the procurement of emergency lights for police vehicles involving potential prejudice to the police of R191 million, also known as the blue lights case, said ID spokesperson Sindisiwe Twala in a statement.

“The focus of the blue lights case, investigated by IPID members seconded to the directorate, is the capture of the supply chain management division within the police to line the pockets of senior police officials, including former acting national commissioner, Lieutenant-General [Khomotso] Phahlane, between 2016 and 2017,” Twala added.

ID director, advocate Hermione Cronje, said the State had opposed bail in respect of one of the three officials “not only because he stands accused of two schedule five offences in which damning evidence against him has been collected, but also because there is evidence that he poses a high risk of tampering with evidence and interfering with witnesses”.

Bail for this police official will be heard on 11 June.

Twala said the State did not oppose bail for the rest of the accused who were released on R5,000 bail each.

All the accused are expected back in court on 29 September.

“The Investigating Directorate assures South Africans that it is hard at work to reclaim the state from capture. There will be consequences for crooked officials and those who collaborate with them and that it will pursue the kingpins of corruption,” Twala added.