A 49-year-old man from Great Brak River will appear in the town’s magistrates court soon after police discovered a cache of ammunition of different calibres, 60mm illumination mortars, as well as firearms, including which are semi-automatic assault rifles and a pistol at his house in Bosrug Street this past week. 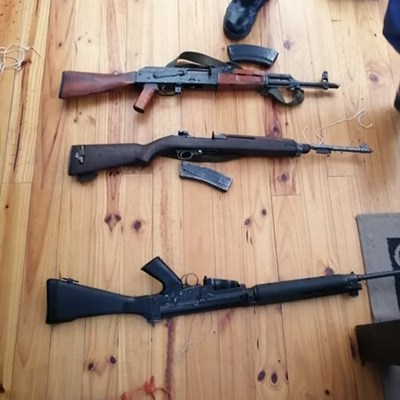 Police searched the house after obtaining a search warrant. Members then discovered an R-1 semi-automatic rifle, an AK-47 semi-automatic assault rifle, an SKS Rifle and a 9mm Taurus pistol. The suspect was arrested on the spot for the illegal possession of unlicensed firearms and ammunition. The investigation continues.