Nathaniel Julies, 16, who had Down Syndrome, was shot dead on Wednesday night, resulting in unrest in the streets of Eldorado Park. 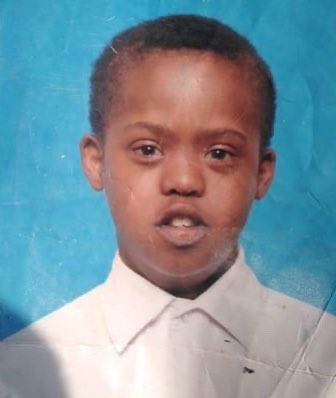 Nathaniel Julius, 16, who had Down Syndrome, was shot dead on Wednesday night, resulting in unrest in the streets of Eldorado Park. Picture: Twitter

Two officers have been arrested following the murder of Nathaniel Julies in Eldorado Park, the Independent Police Investigative Directorate confirmed on Friday.

“[IPID] has this evening, after careful consideration of the evidence at hand, taken a decision to detain the two members implicated in the alleged shooting,” spokesperson Ndileka Cola said in a statement.

“The pair will be charged with murder and possibly defeating the ends of justice.”

The two officers are attached to the Eldorado Park crime prevention unit, she confirmed.

Further information would only be released once the pair have appeared in the Protea Magistrate’s Court, Cola added.

Julies, 16, who had Down Syndrome, was shot dead on Wednesday night, resulting in unrest in the streets of Eldorado Park.

On Friday, Police Minister Bheki Cele and Community Safety MEC Faith Mazibuko together with officials from the SA Human Rights Commission, visited the teen’s family and later told an irate crowd of locals that “whoever has committed the crime will have to face the law, it doesn’t matter who that person is”.

Julies’ grandfather, James, claimed his grandson had done nothing wrong and was standing alone when he was shot at close range, before being dragged inside the police van.

He alleged that Nathaniel was also choked while he was being dragged to the vehicle.

He further claimed the police had also not been helpful to the grieving family after Nathaniel’s death, as it had been a mission for them to receive a case number.

According to him, no officer had gone to the family and the scene where the boy was shot to investigate.

President Cyril Ramaphosa, who offered his condolences to the family and the angered community, said the violent death of any young person was concerning.