Lifestyle audits on the cards for traffic fraud syndicate accused

The accused are alleged to have operated in four provinces and issued fraudulent police clearance and roadworthy certificates to non-existent vehicles. 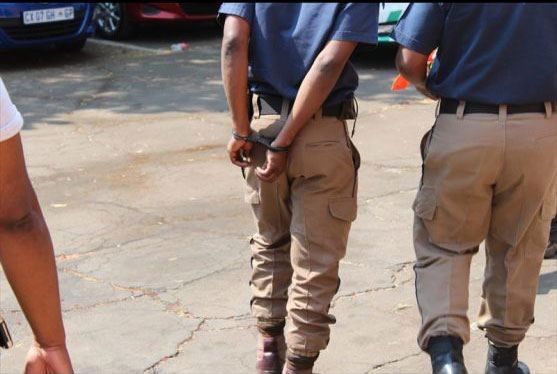 National Prosecuting Authority (NPA) spokesperson in the Free State, Phaladi Shuping, told OFM News, that the yearlong undercover operation by the Hawks into the syndicate, has thus far linked the large group of traffic officials and private testing ground employees, to R 68 800 in illegally obtained funds.

However, discoveries made in the apprehension of some of the 18 suspects at their homes, indicate the syndicate may have raked in more than initially thought.

“It could be that there is a lot more money that is involved,” said Shuping briefly.

On Friday the Bloemfontein Magistrate’s Court granted 14 of the 18 suspects bail, ranging between R5 000 and R10 000. This bail amount was down from the initial R15 000 that prosecutor Mvuseni Ponye demanded.

The accused have also been linked to the crime via CCTV camera footage.

They are alleged to have issued fraudulent police clearance and roadworthy certificates to non-existent vehicles, charging their clients between R600 to R1 200.

The evidence against them was gathered in an undercover operation by the Hawks, the National Prosecuting Authority (NPA) and the Free State Police, Roads and Transport department, between October 2019 to July 2020. It’s alleged the group was a syndicate that operated mainly from Bloemfontein and then spread out to Limpopo, Gauteng and Eastern Cape provinces respectively.

The accused out on bail have been ordered to hand over their passports, not to interact with witnesses and to steer clear of their respective workplaces – which include the Lengau Traffic and Testing centre in Bloemfontein and two private testing centres in Lephalale, Port Elizabeth and King Williams Town.

The latter bail condition drew a great deal of criticism from the defence during court proceedings. Advocates Jeremiah Pela and Joseph Kgoelenya, pleaded with the Magistrate’s Court to consider the implications of barring the accused from their respective workplaces.

Pela demanded clarity from Ponye, on whether the accused – particularly those working at Lengau – were on paid suspension in light of the bail condition. He said this is important, because they do not want a situation where the accused are forced to stay away from their workplace and end up not being paid their salaries.

Ponye maintained Pela’s concern was for the Labour Court to deliberate on, not the Magistrate’s Court. The defense was also perturbed by the prosecution’s call that the accused should cough up R15 000 for bail.

Accused 10, 16, 17 and 18 will remain in police custody until 12 November. This is to provide the state with ample time to verify their residential addresses.

The rest are out on bail and are set to reappear in the same courthouse on 19 January 2021.