Police say the tavern owner was bust selling alcohol on 31 December 2020, in contravention of the Disaster Management Act. 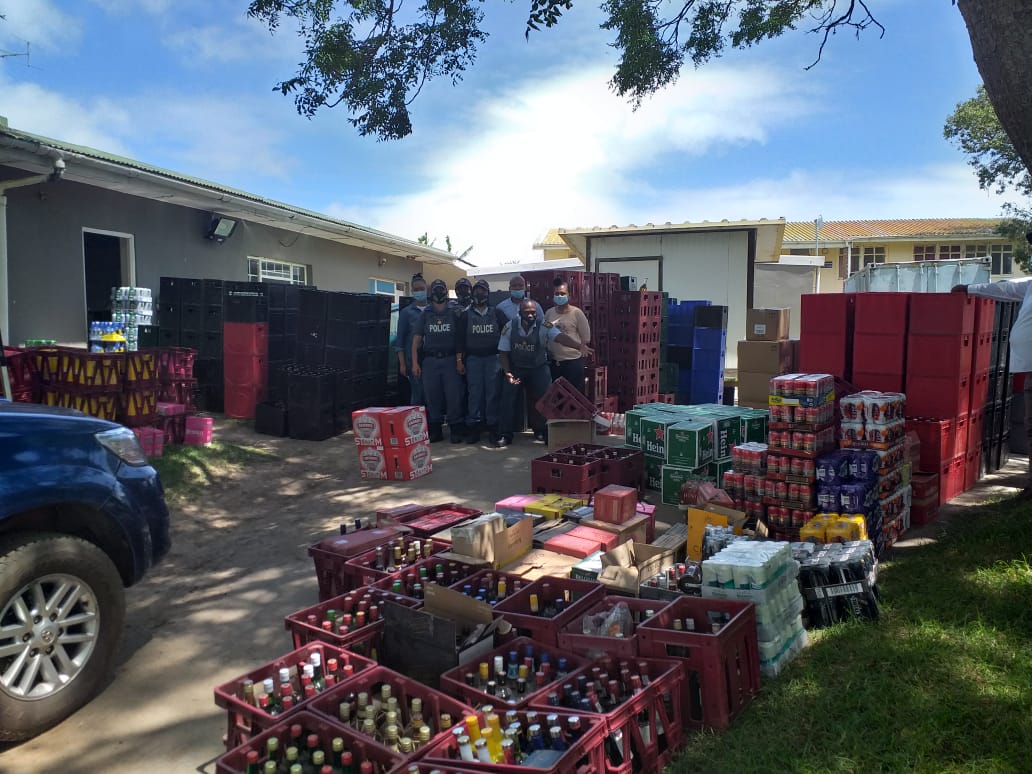 Police say they seized alcohol worth around R1 million from a tavern owner in Thornhill, Eastern Cape on 31 December 2020. File image.

A tavern owner in Thornhill, Eastern Cape, was fined R10 000 for selling alcohol on 31 December 2020 and police seized liquor from his establishment with an estimated value of R1 million.

Police spokesperson, Colonel Priscilla Naidu said the tavern owner was bust contravening the Disaster Management Act during operations conducted by the police in the Sarah Baartman District in the province between 30 December 2020 and 5 January.

Naidu said the operations resulted in the arrest of 706 suspects, some who were fined for not wearing masks and others for going to the beach.

Meanwhile, on Thursday police in Jeffreys Bay arrested five men suspected of being in possession of stolen property and for transporting liquor and travelling past the curfew, which is in contravention of the Disaster Management Act, Naidu said.

ALSO READ: Man arrested for allegedly murdering and burying his wife in a shallow grave

Police spotted a green Jeep SUV near Mulberry Crescent and when the driver of the said vehicle saw the police, he sped off.

“Moments later, police managed to stop the vehicle on the N2.  The five occupants in the vehicle failed to produce any permit to be on the road. On searching the vehicle, police found liquor, a laptop and clothing.  None of the occupants could give satisfactory account about the items that were found in the vehicle. The five occupants were arrested for possession of suspected stolen property with two additional charges of contravention of the Disaster Management Act regulations. The detectives are looking at the possibility of linking the five men to a case housebreaking and theft.

“The five men aged between 24 and 34 are due to appear in the Humansdorp Magistrate’s Court on Monday, 11 January 2021 on charges of possession of suspected stolen property and two additional charges for contravening the Disaster Management Act regulations.”

Acting District police Commissioner, Brigadier John Lebok said: “Apart from the attendance of complaints, members also managed to enforce the Disaster Management Act regulations.  Police will continue with their efforts and assist government in ensuring that people are adhering to the regulations.”