'I have let a lot of people down, I will do everything in my power... to face the outcome of what transpired on that night,' wrote Malephane. 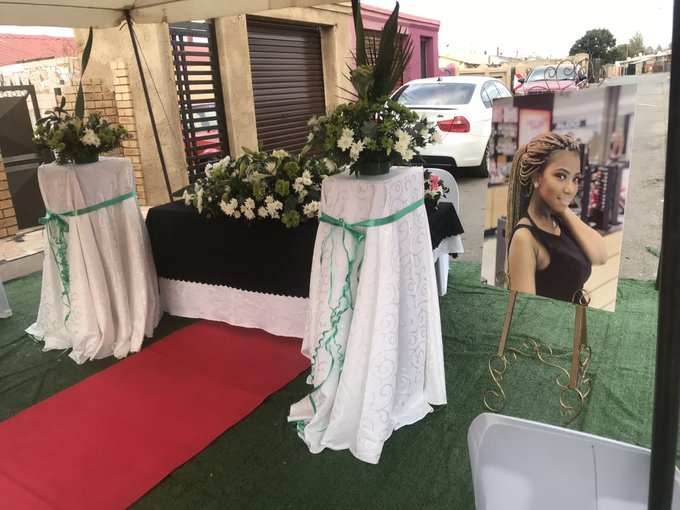 On Friday, the day that Muzikayise Malephane was sentenced to 20 years in prison for the murder of Tshegofatso Pule, a confession letter surfaced which he wrote apologising for the killing.

Malephane was given a lenient sentence in exchange for his testimony, which will help in serving the justice and see the alleged mastermind of the murder behind bars.

Malephane said in the letter that he regrets every time he thinks about that “fateful night.”

He told the South Gauteng High Court that he was hired by Pule’s married boyfriend to kill her. 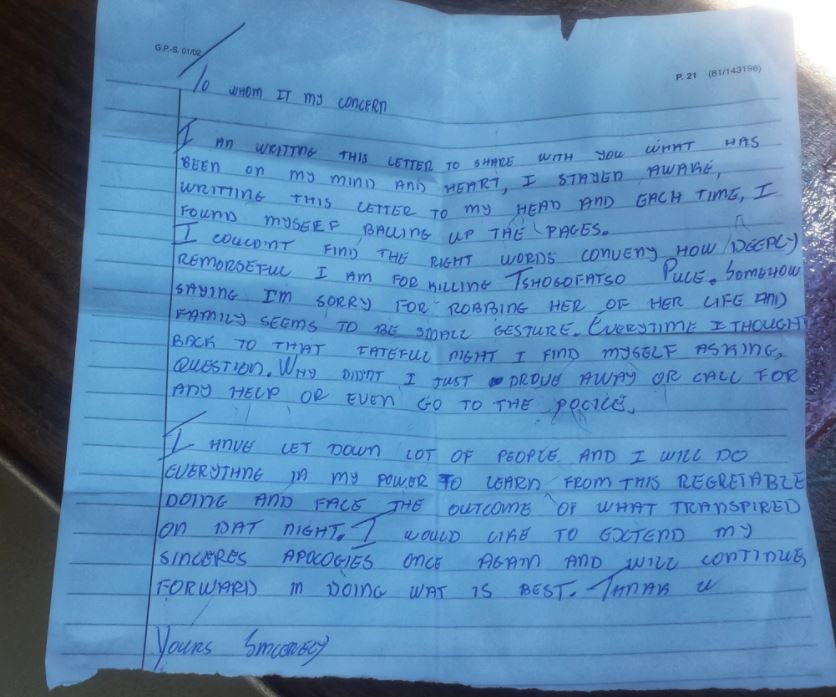 The boyfriend has been arrested and Malephane has agreed to assist the state.

Pule was found stabbed and hanging from a tree in a Roodepoort last June. She was eight months pregnant at the time, and her death sent shockwaves through the country.

ALSO READ: ‘She was filled with laughter and joy’ – Tshegofatso Pule laid to rest

Malephane told the court through his statement that offered initially R7,000, and then R70,000, to kill Pule.

He went on to state how the gruesome murder was executed, saying the plan was to hang Pule to make it look like a suicide.

Although he had shot her, he still proceeded to hang her body.