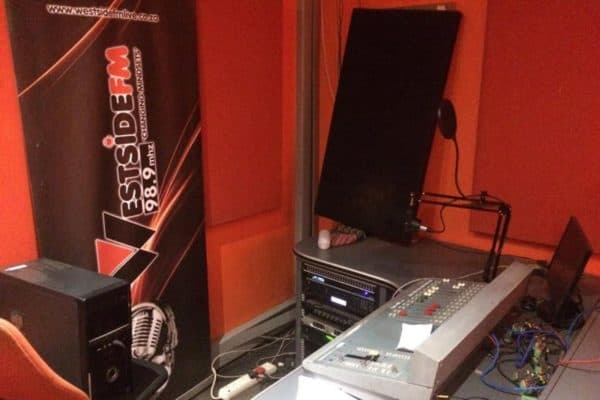 Westside FM in the West Rand was robbed on Sunday morning, and a presenter held at gunpoint by five armed men seconds before he finished his show.

The presenter was wrapping up his show and playing music when the robbers forced their way onto the premises by removing a metal sheet covering the door.

“Westside FM has been robbed again. Five armed men entered our premises in the early hours of today [and] held the presenter at gunpoint”, the station’s chief executive officer Goodhope Ledwaba said.

Ledwaba explained a metal sheet was fitted to the door after the looting spree back in July when the station’s windows were damaged.

He said the mall made arrangements for the window panes to be installed later this week.

“They removed those because we are still waiting for the mall to put windows. They had taken measurements, they were supposed to be putting the new glasses this coming week, so they entered from there”.

The robbers held the presenter at gunpoint before leaving with all the computers.

Ledwaba said the station was still recovering from the recent unrest in South Africa, when looters made off with all the studio’s equipment back in July.

“We appeal to our community to help bring these criminals to book.”

Authorities were called out to the scene and will launch an investigation. Anyone with information is asked to contact the station’s management 084-564-6620 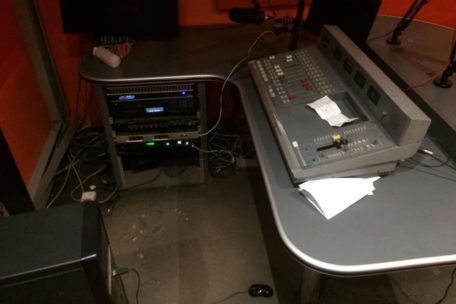 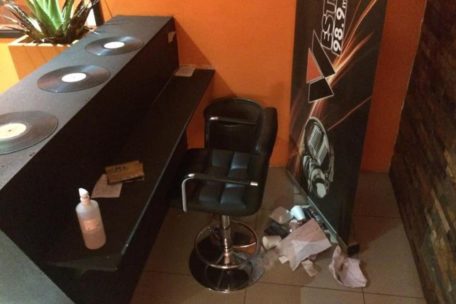 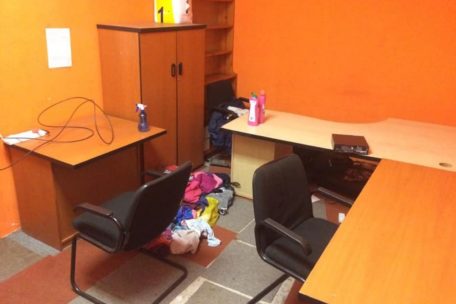 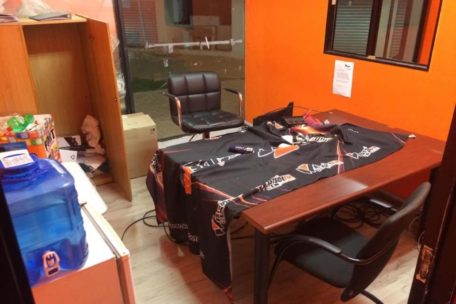