PIC: Suspects arrested for possession of R2m in counterfeit money

Four suspects will appear at the Johannesburg Magistrates Court on Monday. 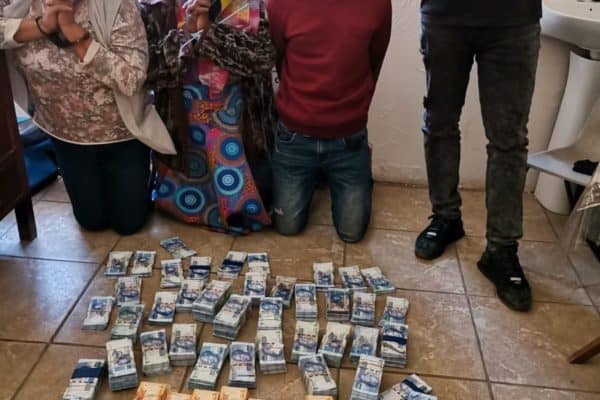 The South African Police Service (Saps) arrested two men and two women for possession of counterfeit money to the value of R2 million in Auckland Park on Friday.

The suspects, aged between 36 and 58, will appear at the Johannesburg Magistrates Court on Monday, 23 August 2021.

The information pointed to the suspects being in possession of counterfeit money “and planning to commit crime”, Captain Mavela Masondo said.

“Police pounced on four suspects who were found in possession of R2 million”.

Masonda said authorities sought the assistance of an official at the Reserve Bank, who confirmed the notes were indeed counterfeit.