Though more time is needed for Lauren Dickason's health assessment, a trial date was set for March 2023. 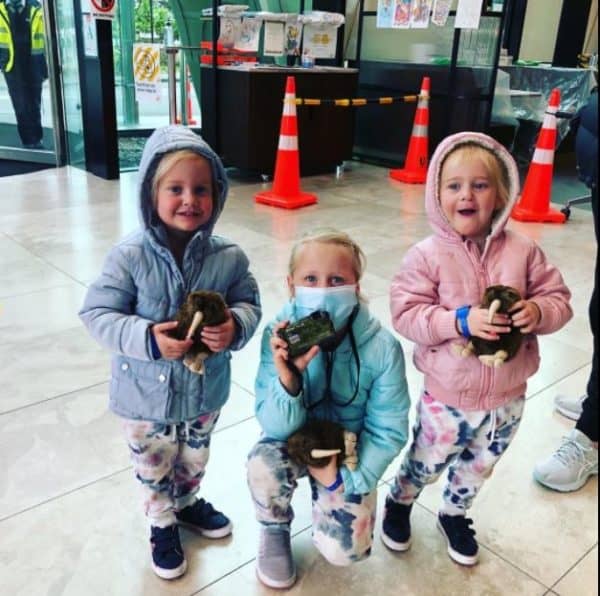 Lauren Dickason was charged with the murder of of her three children - Liane, 6, and her twin sisters Maya and Karla, aged 2. Picture: Facebook, Graham Dickason

Lauren Dickason, the South African mother who allegedly strangled her three daughters to death in New Zealand, did not appear in court on Tuesday as she is still undergoing mental health assessments.

Dickason was charged with the murder of her three children – Liane, 6, and her twin sisters Maya and Karla, aged 2. She allegedly strangled them with cable ties.

The children were killed just weeks after the family arrived in Timaru, New Zealand. Dickason’s husband Graham had just accepted a new job in the country. Both Lauren and Graham are medical doctors.

After a hearing in the High Court in Christchurch, the court heard more time was needed for her health assessment, the New Zealand Herald reported. Dickason remains in custody at a forensic psychiatric ward at Hillmorton Hospital.

Although no pleas have yet been entered, a trial date was set for March 2023. Dickason’s case will also be called again on October 15.

The Dickason family had emigrated from Pretoria to New Zealand in late August. A few weeks later the children were found dead at their home.

Media reports said Graham discovered the bodies of his children when he arrived home from work. Neighbours also reported hearing “wailing and sobbing” coming from the house and called emergency services.

ALSO READ: When mothers turn into killers – Some believe they’re killing children ‘out of love’

Lauren was arrested and charged with the murder on 17 September.

She first appeared before the Timaru District Court on 18 September, where Judge Dominic Dravitzki referred her to the Hillmorton Hospital for psychiatric assessment. A psychiatrist reportedly told Dravitzki that sending Dickason to jail would be inappropriate.

A former colleague of the Dickasons said the stress of being placed in quarantine combined with Lauren no longer taking her chronic medication could have led to the tragic murders.

At a candlelight vigil, Graham said he had forgiven his wife.

“Please also pray for my lovely Lauren as I honestly believe she is a victim of this tragedy as well. People that know her well will testify to that, I have no doubt. I have already forgiven her and I urge you at your own time to do the same,” he said.

NOW READ: ‘I loved them like my own’, says former nanny of SA children murdered in NZ