The torched taxis on Saturday follows an incident where eight taxis and two cars were set alight in Gqeberha on Wednesday. 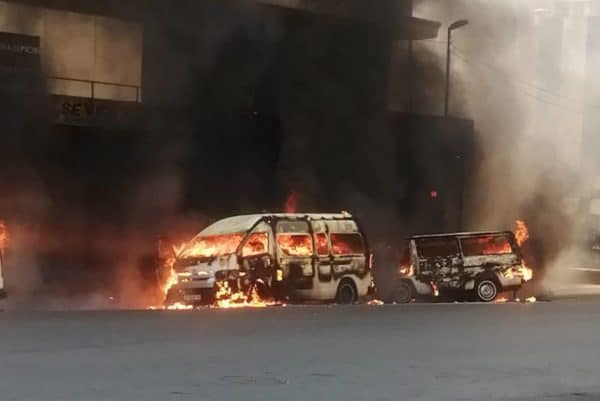 The incident happened next to the Carlton Centre.

“At least four taxis are on fire, probably linked to taxi violence. I am on my way to the scene,” said JMPD spokesperson Chief Superintendent Wayne Minnaar.

The Johannesburg Metro Police Department (JMPD) said Commissioner Street had been closed. It urged motorists to avoid the area.

Police and firefighters are at the scene.

The torched taxis on Saturday follows an incident in Gqeberha on Wednesday.

Eight taxis and two civilian cars were set alight after a confrontation between a taxi driver and Somali businessman who was driving an Audi.

“The law was broken here. Property was destroyed, there was arson. There were cars burned, taxis I’m told. Shops burned,” he said.