Siyabonga Mkhize was gunned during a door-to-door campaign in Durban on Friday. 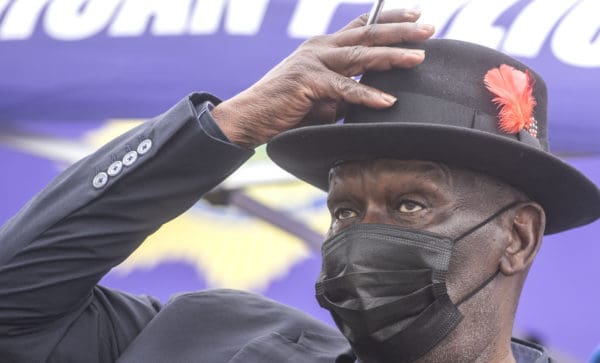 Police Minister Bheki Cele says two people have been taken in for questioning in connection with the murder of ANC ward councillor candidate.

Siyabonga Mkhize was gunned down during a door-to-door campaign in Cato Crest in Durban, KwaZulu-Natal, on Friday.

Mkhize, who was a candidate for ward 101, was killed while he was with another person, who also died.

Emer-G-Med said the two men were found to have sustained multiple gunshot wounds and were declared dead when paramedics arrived.

Visiting the families of the victims on Sunday, Cele revealed that police had already launched an investigation into what is believed to be politically-motivated killings.

The minister also indicated police had taken two people in for questioning.

“What we have done is taken this case and handed it over to the special team that works in this province under general Khumalo that is dealing with political killings. We believe that usually that team works hard to resolve matters.

“Unfortunately we can’t give out the names at the present. Though they are people of interest, we believe that one of them is very close to the people that we think we want,” Cele told the media on Sunday.

This comes as another ward candidate was shot and killed in KwaZulu-Natal on Sunday.

Shangase, who was a Msunduzi ward 20 candidate, was gunned down in the Herwood area after returning from an EFF campaign meeting.

“We have mobilised the 72-hour activation plan which entails the mobilisation of specialised units such as Crime Intelligence, the KwaZulu-Natal political task team, detectives and Directorate for Priority Crime Investigation [the Hawks] to ensure that evidence, intelligence and information, which can help track and arrest those responsible, is gathered,” Naicker said in a statement.

Several politically motivated killings have occurred in recent times, with the country set to go to the polls next month.

The local government elections will take place on 1 November.

Last month, three women  – Ncamisile Shange, Beatrice Nzama and Philisiwe Jili – were gunned down during a drive-by shooting in Inanda.

The three women were attending an ANC committee meeting to finalise the selection of candidates for the elections when they were killed outside a school in the area located north of Durban.

Meanwhile, ANC councillor Tshepo Motaung was shot 20 times while on his way home in Mabopane, Tshwane.

Motaung is said to be the third councillor to be killed in the area in recent times, according to police minsitry spokesperson Lirandzu Themba.