A 28-year-old man was arrested for possession of a drill hand grenade, and the bomb disposal unit deployed. 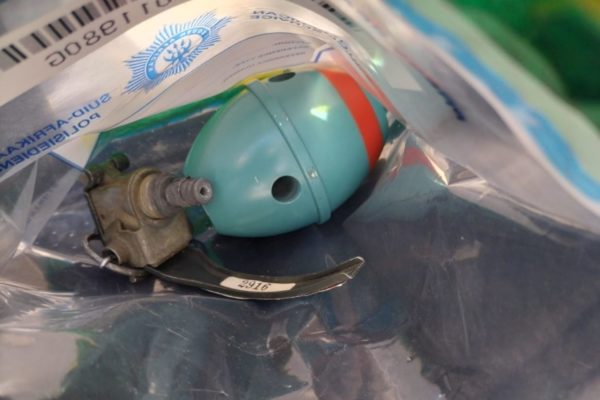 The Braam Fischer Airport in Bloemfontein had to be evacuated on Monday afternoon, after officials discovered a hand grenade in a passenger’s luggage at the check-in counter.

Airport police arrested a 28-year-old man who had arrived at the airport to check-in his luggage. He handed the bag over at the check-in counter, where his luggage was searched.

The G4S officer on duty placed the man’s bag inside the X-ray scanner, which detected metal inside the bag and the round object was visible on the monitor. The security officer then did a physical search of the bag and found the drill hand-grenade.

“At the counter, there are pictures with messages of prohibited objects that passengers cannot board the flight with or bring to the airport, said Mangaung Metro Corporate Communication and Liaison, Lieutenant Colonel Thabo Covane.

The police stationed at the airport was then called to the counter.

“An immediate decision was taken to activate the evacuation alarm because of the possibility of a threat in the terminal building,” said Covane.

The Bomb Disposal Unit was also summoned to the scene to handle the evidence and sweep the building.

The building was declared safe and operations continued as normal.

A case docket for possession of hand-grenade shell and interference with airport operations has been filed. The suspect has been arrested and detained until his court appearance.