‘I could not hold back my tears’: Police refused to open case after teen’s rape ordeal

The victim has allegedly been raped on two separate occasions, but police refuse to open a case, and deny that it ever happened. 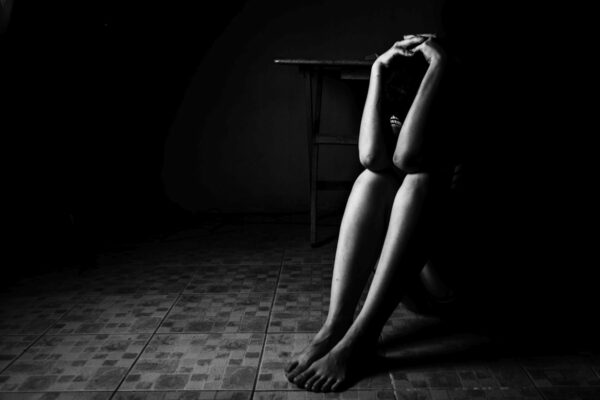 Two sisters from Erasmia in Pretoria are fighting to get justice for a 13-year-old girl who was allegedly raped on two separate occasions, and was then saved by community members when another man tried to rape her outside a tavern.

One of the sisters, Nonyameko Khumalo, along with the victim and victim’s father, attempted to open a case at Erasmia Police Station on 30 April 2022 after the attempted rape.

The police allegedly refused to open a case.

The Citizen contacted Gauteng police spokesperson Lieutenant-Colonel Mavela Masondo on 25 May 2022 regarding the progress of the case. All he could say was that the police have launched an inquiry.

Despite the police claiming they are investigating the case, little progress has happened.

Masondo said no arrests have been made so far and the case is now being investigated by the Family Violence, Child Protection and Sexual Offences (FCS) unit.

Last month, the teenage girl told one of the sisters, Nonyameko Khumalo, that she had been raped on two previous occasions by different men.

This after Khumalo received a call from a friend about an assault she witnessed against the 13-year-old at Laezonia, Centurion.

Khumalo then decided to meet with the alleged victim, who cannot be named to protect her identity, in a quest to find justice for her.

According to the information she received, it was alleged a man was seen assaulting and dragging the teen next to a tavern on 29 April 2022.

Some of the children in the community who witnessed the incident reportedly screamed for help, which led to community members attacking the man. No arrests were made after the incident and the case was only opened on 20 May 2022.

The victim told Khumalo and a friend that the alleged perpetrator touched her breasts and dragged her towards his home. This is when she screamed for help and the community intervened.

Khumalo did not anticipate what the teen told her next, that she had been raped by two other men prior to this incident.

“I said to her ‘nana please tell gogo what happened’, because I could see she was not well. She then explained what the man did to her.

“I asked her if that is all that happened, she then said two other men had raped her. I could not hold back my tears. I began crying,” said Khumalo.

After the child told them everything, she asked the victim’s father what steps should they take but he said he did not know.

“I then said we cannot wait, I called the police and they arrived at my home. We then went to the police station to open a case,” said Khumalo.

On 30 April 2022, the police officer at the station questioned the child. She then told him about her ordeal.

“I asked them why? They told me the guy did not do anything and then I asked what about the two guys who raped her then another officer told me the child should be taken to the clinic to be examined,” Khumalo said.

Khumalo alleges the case has not been opened because the perpetrator has friends inside the Erasmia Police Station.

Khumalo also said one of the alleged perpetrators asked her if the child named him in the statement she made to the police.

“He asked me if his name was on the list, I asked him what list? He told me the one we made at the police station. I asked where did he get the information, and he told me he has police connections.”

After failing to open a case at the police station on 30 April, the child went to the clinic with Khumalo’s friend. The friend told her that the doctor said the child had been raped in the week before the assault incident.

Khumalo has since taken the child in to stay with her while her sister, Fundi Omuzo, who is a lawyer, takes care of the child on weekends, since she lives far from the teen’s school. They are doing this to protect the child as the man who allegedly tried to rape her is still roaming the streets.

She said in early May when she saw the officer who took the child to be examined, she asked for the case number, to which the officer replied that there is none.

“I asked him why, and he told me the child was not raped but she was riding a bicycle and told me that I have a personal vendetta.”

Khumalo was not deterred. She and her sister constantly contacted the police station to find out why the suspects are still roaming the streets, but she says she was given the run-around.

“The station commander told me to call the branch manager, I did and he told me he will get back to me with information but I have been waiting since,” said Khumalo.

“My sister then took a video of the child explaining what happened to her in a plea for help from the public to push the police to open a case and investigate.”

The sisters, along with other women from the community, now accompany the child to and from school every day as they fear for her life.