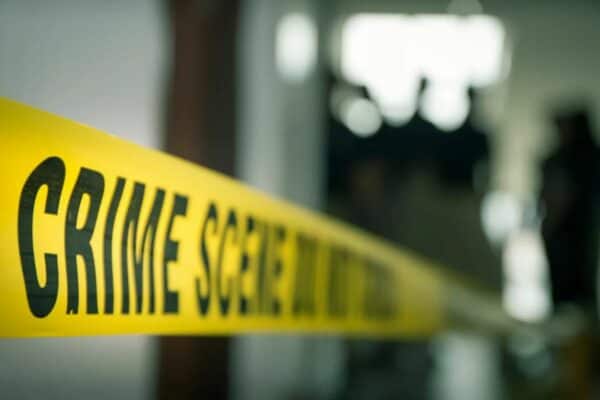 The bodies of a father and his three-year-old son were retrieved from a river in Warden, Free State, on Sunday in what the police suspect is a case of murder-suicide.

According to police, the father, Bafana Radebe, 25, threw his three-year-old son Motivation Radebe into a river on Saturday and then jumped in afterwards. This occurred after he had an argument with the boy’s mother, Sesi.

“It is alleged that on Saturday, 3 July 2022 at about 13:15 Bafana went to Sesi’s home where he tried to strangle her. She started walking to the police station in Warden to report him but he followed them.

“He finally caught them near Cornelius River before crossing over the bridge. He again tried to strangle her and throw her in the river but failed as she managed to escape [but] left him with the toddler,” said Warrant Officer Mmako Mophiring.

A community member then saw Radebe throw his son into the water before jumping in himself.

The bodies were recovered by the Sasolburg K9 Search and Rescue Unit as well as the Welkom Diving Unit.

“It’s a sad incident for the families, especially the mother of the child, but I humbly request women experiencing any form of abuse to break the silence and report the abusers immediately. I want to thank our Free State police search and rescue and diving units for not tiring in bringing the service to our community under this challenging and cold weather conditions.”

In a separate incident, police in the Free State arrested a 28-year-old woman from Thembalihle, near Vrede, after the body of a man she lived with was found stabbed.

One of the neighbours went to the police station on Saturday to inform officers about a body found in a shack next to theirs.

On arrival, police found the woman inside the yard, with her clothes visibly bloodstained.

A pair of scissors, believed to be the murder weapon, was found in a shallow hole dug in the yard covered in blood. The clothes of both the suspect and victim were seized.

The man’s body was found lying outside the shack near the door. He sustained a stab wound to his upper body.

NOW READ: Limpopo man hangs himself from tree after murdering his girlfriend