Education MEC Panyaza Lesufi visited the school on Friday to establish the circumstances surrounding the fight. 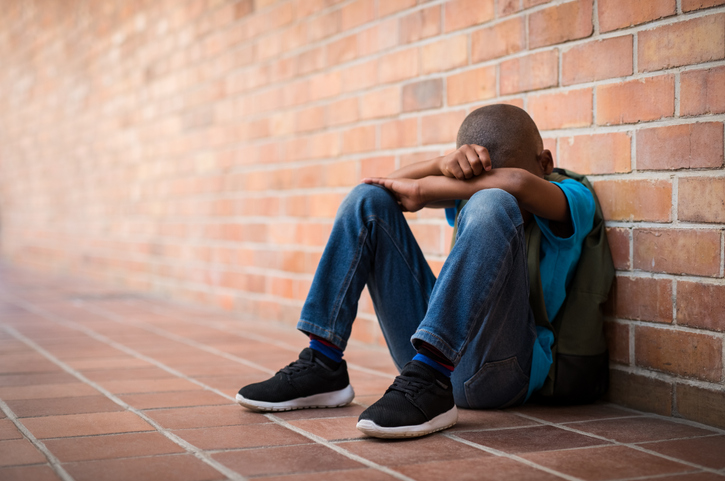 The family of a Monument High School Grade 10 pupil, who was seen being bullied in a widely shared video on social media, have said they were not happy with the manner in which the school had handled the matter.

The Krugersdorp school only started taking action once the incident reached the attention of the Gauteng department of education, the family said.

This after a video showing the pupil being assaulted by another was circulated on Facebook and Twitter. In the clip, the “bully” is seen holding the boy, who looks younger than him, by his shirt as he pushes and throws him to the ground. The boy tries to defend himself as bystanders stand by and laugh.

The pupil’s grandfather, Nkagisang Maduo, has accused the school, popularly known as Monnas, of attempting to sweep the incident under the carpet.

Education MEC Panyaza Lesufi visited the school on Friday to establish the circumstances surrounding the fight.

He added that there was a serious challenge of “racism and bullying” at the school, according to reports from his grandson.

Lesufi met with the school management and student governing body (SGB), where he was informed that the incident was the second round of a fight that had taken place earlier in the month, on August 8.

The department has asked the school to gather the facts of the two incidents and compile a report within 48 hours.

All pupils who were involved in the fight have also been given 48 hours to motivate in writing why they should not be suspended.

“Following the report, an urgent disciplinary hearing will be conducted and it’s on the basis of that hearing that [we] will know the outcome,” Lesufi said.

He said that the school had not appropriately dealt with the case, adding that there were also misrepresentations of the facts surrounding the fight.

Before any action was decided on, the department would wait for all affected parties to submit their versions of the incident. This as there had been various issues relating to bullying, drugs and racism at the school, Lesufi said.

“For example, the school did not formally report the matter to the district and department, and that’s a serious breach of our protocols,” he said.

Despite growing incidents of violence in schools, Lesufi maintained that the majority of pupils in the province were “disciplined”.

“I am not trying to say that one incident is not too many, but the reality is that majority of our children are disciplined to be quite frank.

“But indeed, we have to act decisively where we pick up those who are not disciplined.”

According to a report by Krugersdorp News, the fight between the pupils was stopped by a school staff member and matric council member, the school said in a statement.

The matter was then handed over to the school’s head of discipline, Niekie van Blerk.