A 17-year-old girl died when she jumped from a moving taxi to escape assault, while another girl, 8, drowned in a flash flood in Princess informal settlement. 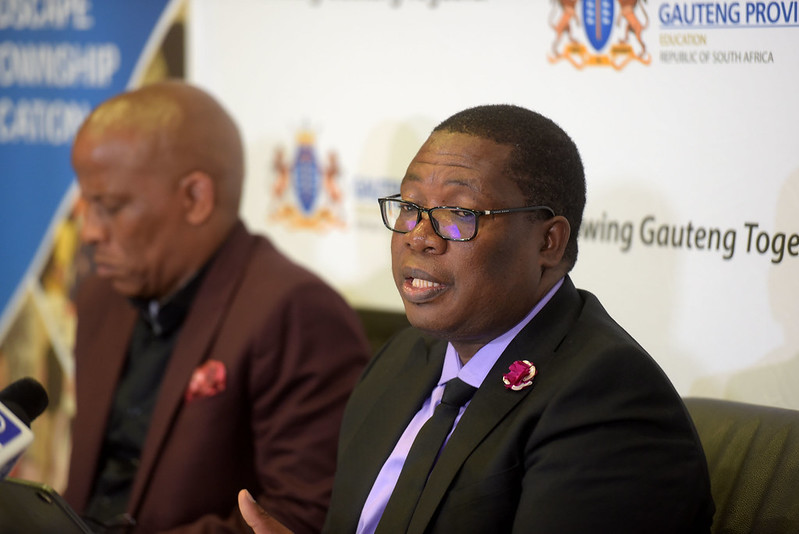 A 17-year-old girl died after jumping out of a moving taxi in Germiston to avoid being assaulted by passengers, Gauteng Education MEC Panyaza Lesufi has revealed.

In a statement on Monday, Lesufi announced the deaths of two pupils over the weekend, bringing the death toll to seven within a single week.

On Saturday, a Grade 12 pupil from Oosrand Secondary School in Boksburg was travelling in a taxi when she was allegedly assaulted by some of the passengers.

“She subsequently jumped from the moving taxi in Germiston and unfortunately died on the scene,” Lesufi said.

He added the school community was informed of the incident on Monday morning, saying the principal and the school management team had visited the bereaved family in Ramaphosa informal settlement to convey their sincere condolences and offer the necessary support.

Lesufi said the incident was currently being investigated by the police.

In a separate incident, an eight-year-old pupil from Durban Deep Primary School in Roodepoort, Lindiwe Golelmin, was swept away in a flash flood in the Princess informal settlement.

“Regrettably, the learner drowned,” Lesufi said. Her body was found on Saturday.

Lindiwe died while crossing a stream near her home.

Maria said she was trying to cross a makeshift wooden bridge with her older sister.

On Friday, the department of education was informed that a female Grade 12 pupil from Fochville Secondary had allegedly stabbed a male Grade 8 pupil from Thutokitso Secondary to death.

Last week, Lesufi announced four children had died in Gauteng. They included a Grade 1 pupil from Hammanskraal who was killed when a goalpost fell on him.

“Indeed, we will not get tired to seek necessary divine intervention, and we are hopeful that spiritual leaders will guide us accordingly. Sadly, these two deaths bring us to about 10 deaths reported since we opened schools for the 2020 academic year,” he said.