As of Thursday, 54 schools had been affected by 56 cases reported in districts across the province, and 13 schools did not open on Monday due to infrastructure issues and vandalism. 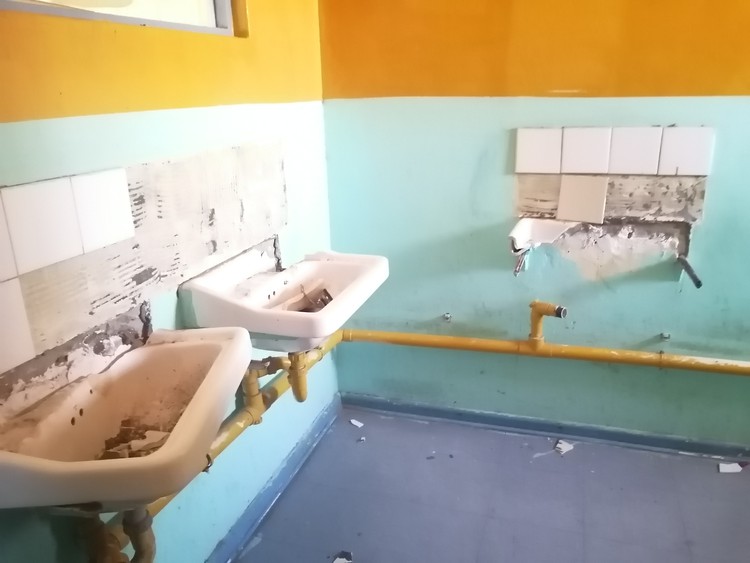 Toilets at Gertrude Shope Primary School in Port Elizabeth have been repeatedly vandalised by criminals. The school says it can’t afford to hire its own security guards. Photo: Mkhuseli Sizani

More than 50 schools have been closed in Gauteng after positive cases of Covid-19 were reported.

According to the province’s premier David Makhura and the Gauteng Coronavirus Command Council, as of Thursday 54 schools had been affected by 56 cases reported in districts across the province. This had increased from 43 schools affected by 45 Covid-19 cases on Tuesday.

During a briefing on Friday, Makhura said a number of schools still remained closed due to infrastructure issues – specifically the supply of water and the availability of ablution facilities – as well as those affected by positive Covid-19 cases.

On Thursday, 13 schools did not open after schools reopened on Monday 8 June due to infrastructure issues and vandalism, Makhura said.

Many of these schools are expected to reopen on Monday.

Most of the damage caused by vandalism has been to the water and sanitation systems, including theft of taps, toilet pans, seats and parts to the cistern, he added.

Water has been supplied to all schools which required potable water. However, some new schools have been identified this week after reporting dry boreholes, and they will receive water deliveries.

Where electricity was an issue at schools, generators have been installed or are being installed, he said.

All schools have been provided with personal protective equipment (PPE), and school attendance of both teachers and pupils has been above 85%.

Many teachers who have not returned have comorbidities, Makhura said at the briefing. Most pupils who stayed away from school either had comorbidities or parents who chose not to send them to school.

“We are consolidating the figures for the educators and learners with comorbidities which could influence the attendance rate in our schools,” he added.

New York orders police officers, firefighters to get vaccinated
24 hours ago
24 hours ago

New York orders police officers, firefighters to get vaccinated
24 hours ago
24 hours ago