The communication caused outrage among students, with many complaining the announcement would delay their studies. 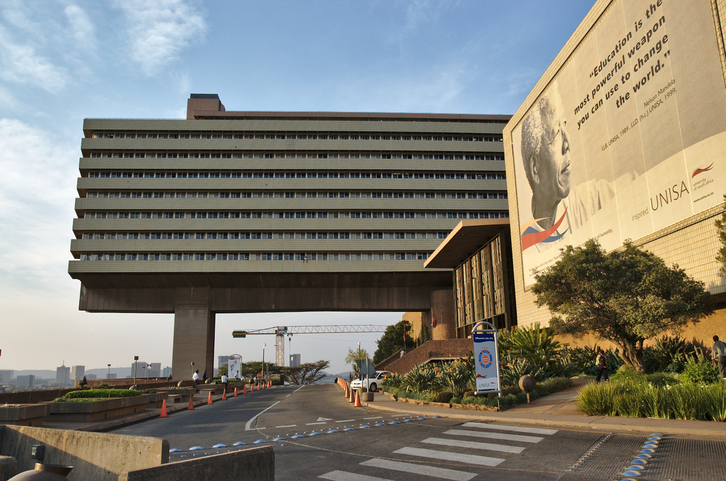 Main entrance of the University of South Africa (UNISA), the largest university on the African continent. Image: iStock

University of South Africa (Unisa) students have been outraged by the new announcement that the university would only have one semester instead of two and have launched a petition for the university to reverse its decision.

Unisa issued a letter to students this week stating that they would be extending the registration period to March due to Covid-19 related disruptions, resulting in the academic year starting in April.

One of the major impacts is that the university will only have one semester.

“The shorter academic year allows for only one semester for the semester modules, commencing in April 2021.

“All assignment due dates for semester modules in the 2021 academic year will be revised with submission due dates scheduled
between May and September,” read the letter.

“This means students must register for all modules for 2021 [semester 1 and 2 modules, prerequisites, co-requisites and follow-on modules] before the closing date of 12 March,” said Unisa professor Steward Mothata.

The communication caused outrage among students, with many complaining the announcement would delay their studies.

Other students were concerned that they would have to register 10 modules over the same semester, increasing study fees and creating a tight exam timetable.

“The decision is taken under the guise of Covid-19 but no real and adequate reasons have been given for this drastic decision.

“This petition aims to have the decision reversed as soon as possible, in order to limit the damages that will inevitably impose on
Unisa students,” the petition said.

A final-year law student, who wished to remain anonymous, said this would delay her career path.

“I will no longer be able to graduate first semester as planned, which will then defer my plans to apply for the second intake at the
[South African] Law School and will further jeopardise any potential job prospects, like serving articles,” she said.

In a communique with some students, the university said the delay was based on the directive by Higher Education and Training Minister Blade Nzimande for universities to start the academic year later due to matric results being released in February.

But the decision was just an attempt by the university to unburden itself of facilitating teaching and learning while demonstrating pure “laziness” on the part of management, Unisa’s student representative council president Wadzanai Mazhetese said.