Proposed 2023 school calendar: Here’s what you need to know

Teachers from coastal schools would return on 16 January, with their inland counterparts on 9 January. 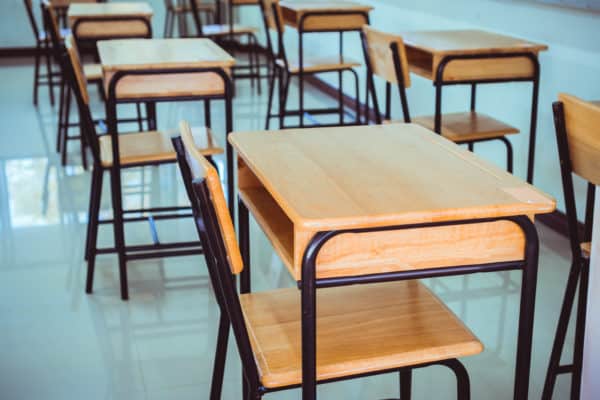 The Department of Basic Education has released its proposed 2023 school calendar and asked for comment from interested parties and organisations.

It also proposed that the fourth term would run from 10 October to 13 December 2023, for inland and coastal schools. If the calendar is approved, the number of school days would total 199 for pupils and 203 for teachers. The department had asked parties and organisations to comment in writing within one month.

While it requested feedback for the 2023 calendar, the 2022 schedule had also been set. In 2022, schools were expected to reopen on 10 January for teachers and 12 January for pupils. The Federation of Governing Bodies of South African Schools (Fedsas) have commented on the proposed calendar for 2023.

Speaking to News24 about the proposed dates for 2023, Fedsas’ legal and support services manager Juané van der Merwe said it was everyone’s hope to see a normal school calendar year after the disruptions caused by Covid-19 since March 2020.

In March 2020, schools closed abruptly when South Africa started seeing a spike in infections. They reopened in June, but had to close again from 27 July until 24 August 2020 due to another rise in infections. The reopening date in January was pushed back by a week due to the second wave.

In less than three days , schools were expected to reopen after closing a week earlier due to the surge of Covid-19 infections amid the third wave.

Van der Merwe said: I think with everything that everyone has been through in 2020 and 2021, we hope to see a normal school [year] in 2023. I think by then we would, looking at how the vaccinations are going, I do believe that we will, by 2023, start a normal life.

She said Fedsas commended the department for proactively setting out the 2023 calendar early and asking for comments on it.

“In this regard it is heartening to work alongside the Department of Basic Education.”

The only concern the organisation had was around the “late” closure of schools in December 2023.

“As with the 2022 calendar, the date regarding the closure of schools for December 2023 is effectively only applicable to educators. Learners will probably have concluded examinations and will therefore not be attending school at that point anymore.

“During HEDCOM [Heads of Education Department Committee] sub-committee meetings in previous years we had lengthy discussions on the closure of schools at the end of the fourth term.

“The issue is the ‘late’ closure of the schools in December. The respective provincial education departments seek the submission of learner marks at an early date, often 30 November. Teaching and learning will have ceased by then,” the organisation said in its written comments.

It said that the closing date for December 2023 was therefore effectively only applicable to teachers, adding that pupils would probably have concluded examinations and therefore would not be attending class at that point.

ALSO READ: Is this the beginning of the end of traditional schooling as we know it?

Fedsas said: “We are aware that this is a determination emanating from par. 5.3.5 of the National Policy for Determining School Calendars for Public School in South Africa, however, we wish to outline that the implications of the practice of ceasing teaching and learning after examinations have ceased, or to schedule exams rather early in the second semester results in the loss of, roughly, two weeks of teaching and learning.

“This is most unfortunate and Fedsas emphasises the fact that time should be allocated and spent optimally, to ensure efficient, quality basic education.

The Congress of South African Students (Cosas) spokesperson Douglas Ngobeni said the organisation was still discussing its response to the calendar.