No action from department, after school assistant beats pupil with a plank

The education department denies the victim was injured, despite his arm being in a cast, while no action has been taken against his attacker. 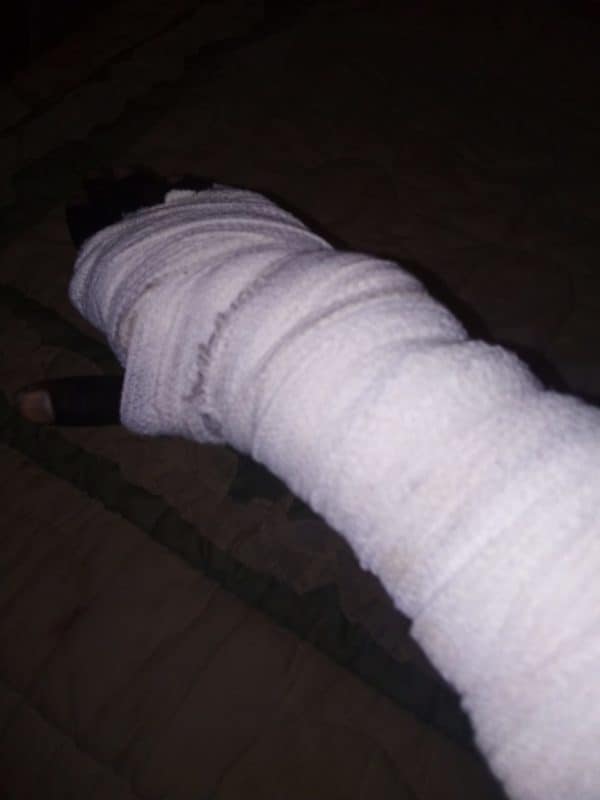 Two months after being beaten with a plank, a Kempton Park grade nine pupil faces his alleged attacker daily, and to add insult to injury, the Gauteng Education Department appears to be clueless about what is going on with the matter.

The grandmother, who cannot be named because it would identify her minor grandson by association, has been desperately seeking assistance.

She said her grandson’s forearm was badly swollen when she returned home from work on 10 July.

When she questioned the teenager, he told her that he had been beaten with a plank, allegedly by a general assistant employed at the Kempton Park Panorama School for artisans. She took him for medical attention at the Arwyp Medical Center the following day, where doctors said a bone in his forearm had been cracked.

According to the youngster, the general assistant caught him and two friends loitering between classes.

“We just finished physical training and were on our way to English class when he (the assistant) found us. He told us to come to the woodwork room office, which has no cameras” said the teenager.

The assistant then told the trio to hold out their hands for “a shot”. While his friends complied, the 14-year-old questioned why they had to be physically punished.

“The other two left, and he started beating me with a plank. I was shielding my face with my arm. He only stopped when I said, Meneer, I’m hurt.”

His grandmother told the Citizen the school gave her the run around when she confronted them. She then decided to press criminal charges against the general assistant.

“They didn’t even apologise, let alone offer to help settle the medical bills, she said.

On Friday, 13 August, two months later, police finally arrived at the school. “I was relieved because he waits by the school entrance every morning,” said the grade nine pupil.

But, in a bizarre move, instead of arresting the general assistant, the police officer took the assistant straight to Kempton Park Magistrates court.

The NPA said, “The matter was not enrolled because there were outstanding investigations that we needed SAPS to comply with.”

When approached for comment, the Gauteng Education Department’s Steve Mabona provided an extraordinarily different version of events. In a statement, the department claimed the case was “thrown out of court due to contradiction in the complainant’s evidence, incoherence of their testimony and irrationality of his conduct which was backed up by educators.”

It further stated, “Accordingly, surveillance cameras and security footage didn’t prove any of the complainant’s claims.”

The Department is also claiming that the boy and grandmother are liars.

“He also alleged that his arm was broken, however, medical reports showed no evidence of him having a broken arm or bruises,” their statement reads.

Proof is in the arm

The Citizen has copies of hospital documents, proving the boy was admitted on 11 June and received x-rays and treatment for an injured arm and wrist.

Attempts to contact the school were unsuccessful. The department did not respond to queries to clarify its statement.