Her body was in a mortuary when her classmates started asking questions after they realised she was not in the exam room. 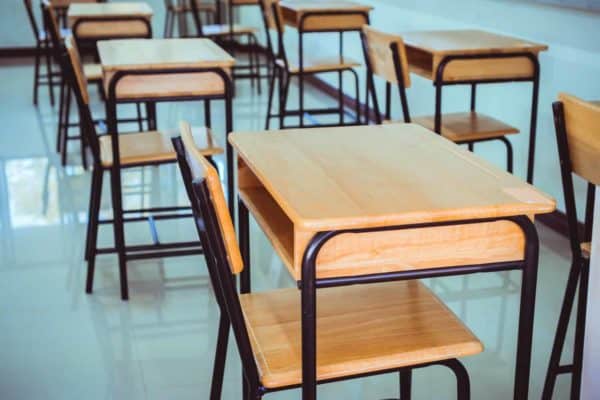 She was allegedly shouted at, bullied, intimidated and repeatedly told she was a failure because she had posted about “ugly shoes” on Facebook … and hours later she killed herself.

The real horror, though, was that the alleged main tormentor of the 18-year-old Limpopo pupil was a school teacher.

Khutso Mabiletsa of Kopano Secondary School in Lebowakgomo was supposed to write her maths second paper on Monday morning. Instead, her body was in a mortuary when her classmates started asking questions after
they realised she was not in the exam room.

Mabiletsa was, according to her parents, at home revising maths when her teacher and husband allegedly stormed into the home and shouted at her.

“I was with her mom in the bedroom and she was in the living room, where she was practising maths for the exam the following day,” said the teenager’s father, Nare Mafa.

“But I was woken up by the shouts of her teacher, who was accusing her of being spoilt, disrespectful, a moron and how she needed to be taught a lesson.”

According to Mafa, the teacher apparently complained that Khutso had posted a picture of a pair of ugly shoes on Facebook, similar to those of her own, and attached her name next to them.

Mafa alleged the teacher took turns with her husband to threaten and swear at Khutso.

The father claimed that, as if that were not enough, they told her that her future was bleak and that they would make sure she didn’t pass her preliminary exams.

Mafa also alleged they told the girl that their words were the law and that she would reap painful rewards for he “nasty behaviour”.

“They even threatened to report the case to the police and make her life a living hell.

“After they left, we tried to comfort her and then drove to the supermarket. But when we came back from the shops, we found her body hanging from the roof of the back rooms,” said a tearful Mafa.

“My child took her life because of threats and insults. She couldn’t bear the thought of failing her exams,” he claimed.

“The pressure was mounting and she had run out of options. That is why she took her life.”

Limpopo police spokesperson Brigadier Motlafela Mojapelo said they had opened an inquest docket and that investigations were continuing.

Prelim exams at the school were disrupted yesterday when parents marched to the school to demand the firing of the teacher.

Community spokesperson Pabalelo Selema said parents wanted the teacher, the principal and four others who have allegedly been previously involved in acts of bullying against pupils to be removed from the school.

“We want new leadership at this school because teachers are acting with impunity at the cost of our children,” he said.

Limpopo education department spokesperson Tidimalo Chuene said Khutso’s death was a pain to the department, the school and the family.

“We once again send our heartfelt condolences to family, friends and the school community.

“Our psychosocial team was dispatched on Wednesday to provide support to the bereaved family,” Chuene said.

“We unfortunately do not have a formal report on the incident and are thus not able to give comment on what is alleged to be the cause.

“Our district officials are also in touch with the police and the school.

“It is important, no matter how painful the situation is, to allow due processes of the law to unfold.”