They all want to study a bachelor of social science degree at the University of Cape Town. 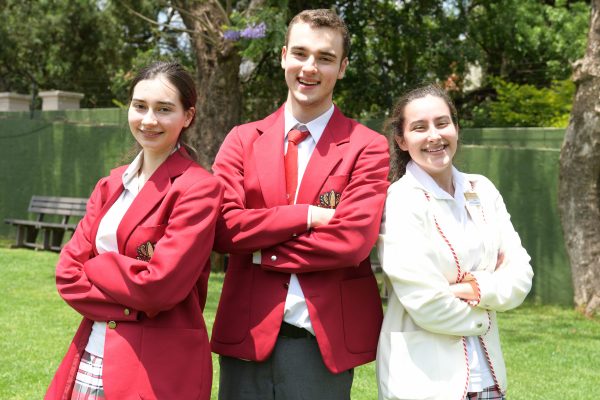 For the past 12 years, the Buckland triplets Ivan, Anna and Jessica have moved from one grade to the next together and on Friday last week, they finally cleared the last obstacle when they scooped 23 distinctions between them in the Independent Examinations Board (IEB) matric examinations in Gauteng.

The 18-year-olds were among the Redhill School matriculants who scored 270 distinctions between them, with nearly 17% obtaining a full house of seven distinctions.

Ivan and Anna got nine As, while Jessica scored five. Ivan said their results were not a combined effort because they studied independently, but jokingly said if triplet telepathy counts, they definitely used it.

“If you count using our triplet powers of telepathy to transmit notes to each other through our thoughts, then yes. Otherwise, we worked in different study areas,” he said.

Jessica said Anna and Ivan helped her focus and they really motivated each other.

“Whenever they were studying, I felt pressured to also study, or I’d feel incredibly guilty.

“The twist is that our routines differed, so usually I would work in the morning while they wouldn’t. So I ended up studying for more hours than I would have if I was alone,” said Jessica.

They all want to study a bachelor of social science degree at the University of Cape Town.

“The plan is for Jessica, Ivan and I to share a flat so we can all be together. We’ve chosen the same degree but very different subjects and believe it’s going to make for interesting dinner conversations,” Anna added.

“What they have achieved in the midst of an incredibly challenging time, while also navigating the complex emotions around the loss of what was supposed to be their best school year ever…speaks volumes about who they are and why I believe they will change the world,” he said.