The adjustment to studying on his own, amid a lack of data and lack of a quiet study space, proved difficult for Maxwell Zandamela, but he persevered. 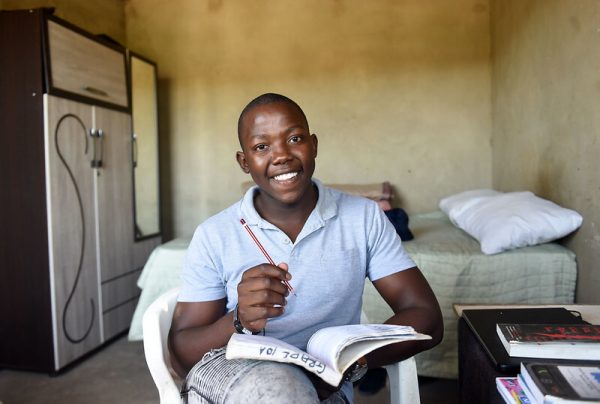 Maxwell Zandamela is one of the many pupils who found remote learning very hard and near impossible when they had to adjust from learning in class to self-studying at home.

Zandamela, 19, said that the pandemic really affected him academically as he didn’t have much resources to work with except his phone. Zandamela said that he always found himself without data to view and participate in the online classes.

“2020 for me was really hard, I mean my family had to go out of their way to make sure that I had enough data to at least participate in my classes.”

Zandamela, from Kwabekilanga High School, in Alexandra township, Johannesburg said that living in Alex didn’t make things any easier for him, he struggled to study during the day, but it was also hard to catch up on his sleep because of the noise and when he opted to study at school he hardly had enough time because the school had time restrictions on when the pupils could be on school grounds.

“I couldn’t study during the day when our teachers sent us material to study because it was always noisy, and being a light sleeper didn’t help either because I could not sleep during the day.

“Whenever I had to study I’d be surrounded by different sounds from people shouting, to music playing in taverns and when I tried studying at school they always told us we had to leave because the school had to close,” said Zandamela.

According to Zandamela surrounding himself with like-minded people really helped him because then he could access his reading material and was constantly motivated by his peers.

However, Zandamela said that even though 2020 was hard he worked even harder and is hoping to get at least 4 distinctions especially in his 2 favourite subjects Life Sciences and Geography.

When asked if he had any intentions to further his studies, he said that he was looking at pursing LLB law or Teaching.

“My first option is LLB Law because I want to make a difference in my community, I have seen many people who think gender based violence is not a crime and I want to put a stop to that and be a voice to both men and women who are abused.

“But if I don’t study that I will pursue teaching just like my older brother, as long as I will be helping people, I will be happy,” Zandamela added.