People who have ‘fake’ nails can vote, says IEC

The ink can stick to fake nails, says the IEC. 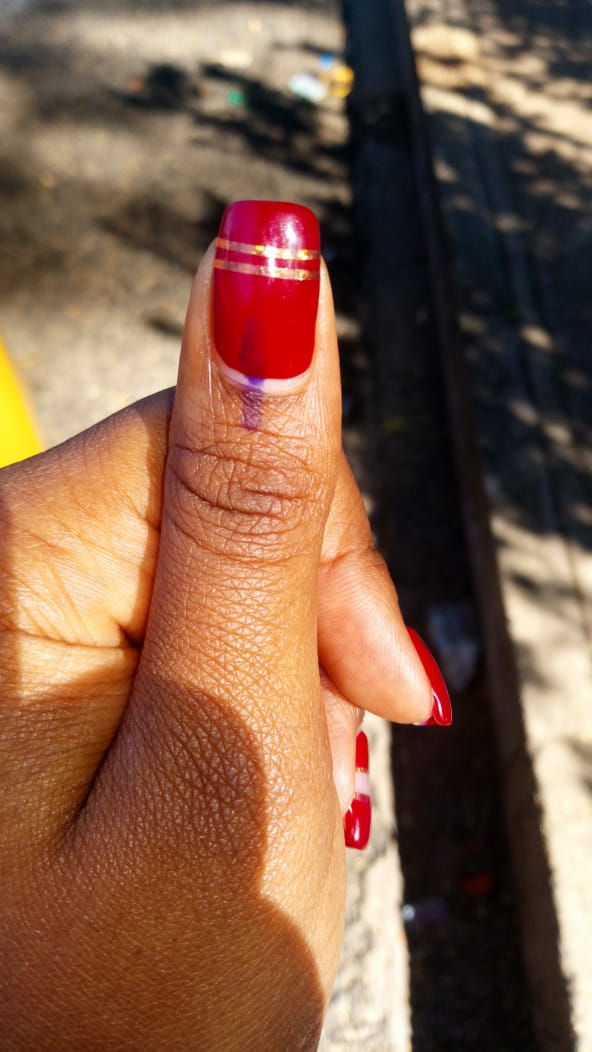 The disappearing voting ink on a voter's thumb. Picture: IEC/Twitter

The Electoral Commission of South Africa has clarified rumours that were circulating claiming that those with fake nails were not allowed to vote.

“It’s not true that you can’t vote with fake nails. The indelible ink used to mark thumbs is effective and is one of a number of safeguards to protect the integrity of election results.

“Unfortunately there are recurring themes of disinformation with every election,” said the IEC on Wednesday.

My voting officials were politely baffled by my black nail polish. They did paint my thumb though! ????????????

Though there were those who proved the IEC right with pictures of inked manicured nails, some, however, claimed the ink was not strong enough.

Thabile Shabangu said: “There is nothing indelible about that ink, I washed my hands twice and it already off, were it not for the stamp on my ID , I would vote all day,” while Gawie wrote: “I voted and then came home to wash a few dishes, and my mark has gone. Sunlight dish washing liquid must be really strong then, or indelible ink is not so indelible this time around.”

The IEC further reminded people that taking a picture of a marked ballot was illegal.

Remember it's a criminal offence to photograph a marked ballot. This is to protect the secrecy of your vote, & that of others. If found guilty of this offence, you could face a fine or up to a year in jail. Rather share your #Thumbie. #SAElections2019

No matter what ANC fails to do, it remains electorally powerful
7 hours ago
7 hours ago
PREMIUM!

No matter what ANC fails to do, it remains electorally powerful
7 hours ago
7 hours ago
PREMIUM!