The Act mandates 'all political parties to disclose donations above R100,000 to the Electoral Commission'. 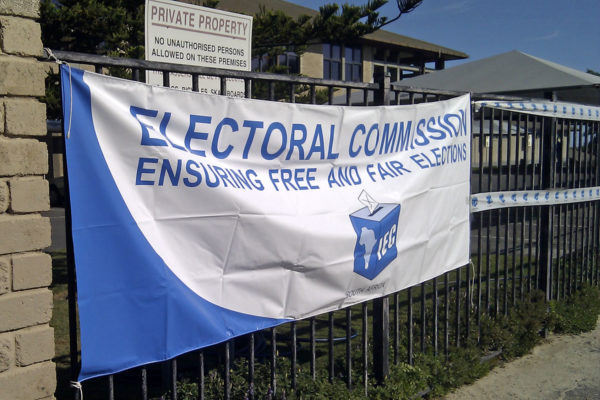 The IEC wants a postponement of the 27 October polls, saying on Monday it would 'urgently approach the Electoral Court to postpone eight by-elections'.

The Independent Electoral Commission (IEC) has announced that the Political Party Funding Act (6 of 2018) will come into effect at midnight, introducing “a new era of transparency within South Africa’s electoral democracy”.

The 2018 Act was signed into law in January 2019 and in January, President Cyril Ramaphosa declared that the Act would come into operation on 1 April 2021.

The Act mandates “all political parties to disclose donations above R100,000 to the Electoral Commission”.

“The Act also sets restrictions on sources of funding for political parties including outlawing donations by government departments, state-owned entities and foreign governments and agencies,” the IEC said in a statement on Wednesday.

The commission has urged all political parties to sign up to the Online Party Funding System (OPFS) here.

The system, which has been piloted by parties over the past two months, allows parties and their donors to make electronic disclosures to the IEC.

“As part of the system of checks and balances to help ensure transparency, donors who make direct donations above R100,000 to political parties must also declare these to the Electoral Commission on the OPFS within 30 days.

“The regulations require that upon receipt of the political party disclosures, the Electoral Commission make them publicly available quarterly on its website.

ALSO READ: Political party funding increase may be on the cards

Two weeks ago, IEC chief electoral officer Sy Mamabolo said crimes could arise as a result of violating the Act. He said an individual or individuals involved, upon conviction by a court of law, could be fined or sentenced for a period not exceeding five years or both.

He disclosed that fines ranged from R40,000 to R1 million. However, the commission could not in itself imposed a fine as that was the competency of a court of law.

“We cannot be a player and a referee. We leave this to the court,” Mamabolo said.