Certain measures are being taken to 'ensure nothing happens' over the voter registration weekend. 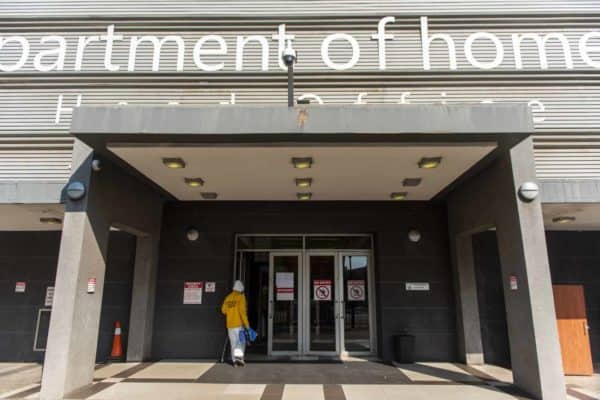 The Department of Home Affairs is readying itself for the upcoming voter registration weekend on Saturday and Sunday, by trying to avoid any possible mishaps and delays.

But some aspects of the work expected to be done could involve system downtime, which minister Aaron Motsoaledi said during a media briefing on Friday was largely out of their control.

The issue of system downtime, he conceded, was “giving us sleepless nights”, but said certain measures were being taken to “ensure nothing happens” over the weekend.

ALSO READ: Elections 2021: Everything you need to know about voter registration weekend

He said 49 information technology technicians have been deployed across the country to try to mitigate any system glitches, but that all problems boil down to the stability of systems controlled by the State Information Technology Agency (Sita) in Centurion, Gauteng.

“If Sita systems are down, there’s nothing we can do,” Motsoaledi said.

On the bright side, the department will be working hard to assist people collecting their ID books this weekend, and will be deploying over 3,000 employees to assist in the following services:

Motsoaledi said 200 people have been tasked with going through archives to rectify cases where people thought to be dead were in fact alive.

103,239 IDs remain uncollected throughout the country, and in light of the upcoming voter registration weekend, people are being encouraged to visit home affairs offices to collect their documents as soon as possible.

A number of home affairs offices will be open throughout the weekend.

Mobile units, most of which will be parked near legacy offices, will also circulate, to provide support should electricity supply be a problem.

Here are the details: