EFF leader Julius Malema told residents to continue taking land in Mooidraai - the place where his party supported people who had previously occupied a farm. 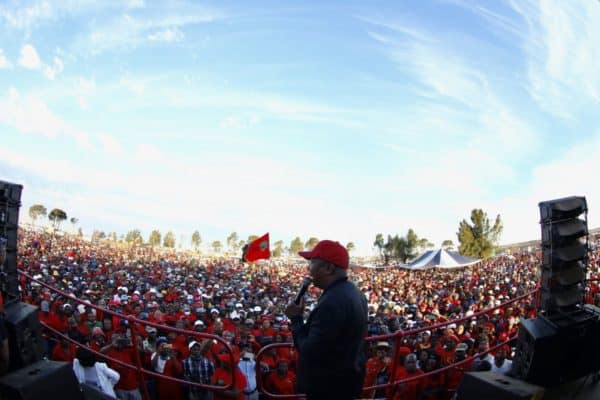 Malema was addressing a large crowd in Mooidraai – an area in the Metsimaholo Local Municipality – where his party had encouraged residents to illegally occupy a farm as a new residential area in 2020.

The municipality went to court to evict the families but lost the case.

On Sunday, Malema reiterated his support for the people that had occupied the land. He then went further by promising housing and services to residents of the Metsimaholo Local Municipality

A large crowd had gathered to hear Malema speak, and the firebrand seemed to say what the people wanted to hear. Most are asking for basic services, such as water, electricity and toilets.

“Everything looks impossible until it is done by the EFF,” said one EFF supporter when interviewed by the SABC.

When asked how long the communities in the area have been without basic services, the supporter said “it’s been years and years that we have been living without basic needs”.

“Water is a human right, so if you deny us water, you are violating the rights of our people.”

In the run-up to the local government elections on 1 November, the EFF has promised it will deliver land and jobs.

On Friday, while campaigning in Botshabelo, Mangaung, Malema said government should give every person a house. He even took a swipe at the current government by comparing it to the apartheid government.

“The apartheid [government] gave all whites, especially poor whites, houses for free and not just houses. Even yards, their yards are very big. They can do it today. When they formed companies like Transnet for uneducated Afrikaners, they were creating jobs for white illiterates. Why? The apartheid government cared for its own people.”