Voters having a hard time finding ActionSA on their ballots 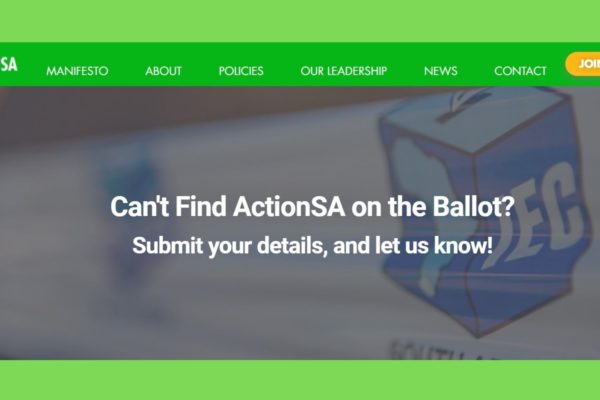 Voters that can't find Action SA on their ballots, need to report it to the IEC.

Political party ActionSA said it had received reports from voters saying they struggled to locate the party on ward ballots at some voting stations, due to the party’s name being absent from ballots.

“We encourage each of our voters to report wards with ballot papers that do not feature ActionSA where we are contesting,’ said Action SA National Chairperson Michael Beaumont.

“Where problems exist on the ballot, we will work with the Independent Electoral Commission (IEC) to make sure voters’ concerns are addressed,” said Beaumont.

The omission was supposedly the result of the party’s failure to submit an abbreviation to the IEC for inclusion on the ballots.

Before taking the matter to court, the party had given the commission a chance to correct the ballot list.

But, the IEC said it was unlikely it would add the names of political parties that were omitted from the ballot paper.

The IEC presented final draft ballot papers for wards in Gauteng in mid-October, but the ballot only contained ActionSA’s logo and not the name.

The party’s application was dismissed by the Electoral Court, meaning its supporters would only be able to identify the party by its logo.

Beaumont said Action SA ramped up its campaign by putting digital ads on social media to ensure voters could identify the party on the ballot.

“We equally encourage our voters to report any incident where they are prevented from receiving assistance in identifying our logo on ward ballot papers,” said Beaumont.