To keep updated with all the latest news, trends and analysis of this year's local government election results, check out our live feed below. 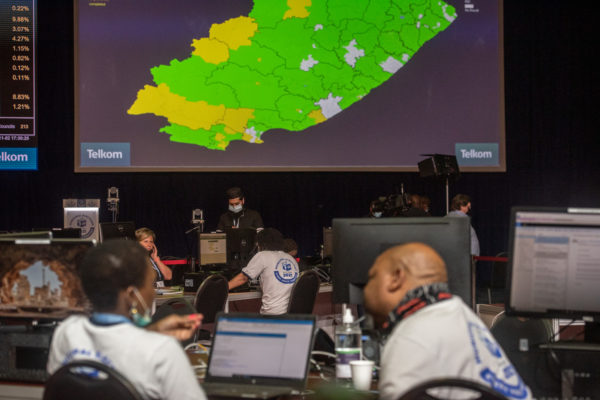 Final results for the 2021 Local government elections will be released at 18:00 on Thursday afternoon, with 96.9% of the votes counted as of Wednesday evening, the ANC is still below the 50% mark.

Click on the interactive map to find the latest election results for your municipality, courtesy of the Independent Electoral Commission of SA (IEC).

While the IEC would not commit to a time, it said the counting and auditing of votes should be finished early on Thursday morning.

While the ANC has lost control of some of its traditional strongholds in the Eastern Free State and KwaZulu-Natal, the party’s treasurer-general Paul Mashatile insisted they weren’t desperate for coalitions.

His views were echoed by ANC elections head Fikile Mbalula, who said the ANC was unbothered by ActionSA’s Herman Mashaba saying they wouldn’t work with them.

This despite there now being at least 47 hung municipalities countrywide, meaning that no one has managed to get an outright majority and coalitions would likely have to be formed if they wanted to remain in the driver’s seat in these councils.

There are 44 districts and 226 local municipalities, many of which have fallen into severe states of disrepair with the governing African National Congress promising to do better this time and the many opposition parties having attempted to convince voters to give them a chance.

ALSO READ: Another sleepless night for the IEC as it chases deadline

Among the hung municipalities were the Modimolle-Mookgophong council in Limpopo and Maluti a Phofung in the Free State.

In the latter, the MAP16 Civic Movement, (Map16) a breakaway party founded by ousted ANC members, managed to take the second-highest number of seats in the council.

The party spearheaded the municipality-wide fight against power cuts by state utility Eskom this year. Maluti-a-Phofung, once an ANC stronghold, has seen residents rise up over water and electricity issues.

The municipality took Eskom to court last year, successfully challenging the attachment of one of its bank accounts over unpaid debt worth over R5 billion. Map16 has celebrated winning at least two wards so far in the 2021 poll.