ANC likely to get less than 50% of the national vote, predicts analyst

Dawie Scholtz also predicts that the DA will lose support. 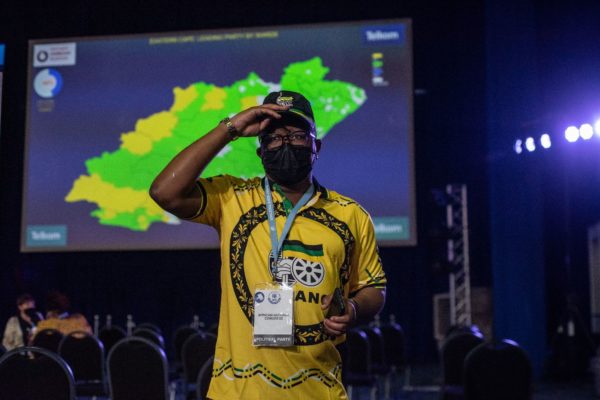 The ANC's head of elections Fikile Mbalula at the IEC's results operational centre in Pretoria on 2 November 2021. Picture: Jacques Nelles

Elections analyst Dawie Scholtz has claimed that history will be made when the final results of the 2021 local government elections come in.

Scholtz says that, if his projections are correct, the ANC will get less than 50% of the national vote.

It will be the first time that this has happened in South Africa’s democratic history.

His projections indicate that the election results will look like this:

Scholtz says the low voter turnout has hurt the ANC. He added that although turnout was low in traditionally ANC areas (40-45%), the turnout was much higher in areas that do not lean towards the ruling party (55-65%).

Another important reason the ANC has lost support in this year’s election, says the analyst, is that there are fewer black voters supporting the party.

Scholtz also predicts that the DA will lose support once the final votes are announced.

He says the reason for this is the loss of support among Afrikaans and coloured voters. He adds that the Freedom Front Plus (FF+) and ActionSA have taken votes from the official opposition party.

ALSO READ: FF Plus has a spring in its step as it sets sights on pummelling the DA

40% of the votes had been counted at around the country at around 4.15pm on Tuesday,

This is what the national leaderboard looked like at that point:

Earlier in the day, the Independent Electoral Commission (IEC) said it estimates that 90% of results will be completed by Tuesday evening.

The IEC’s chief electoral officer Sy Mamabolo said the remaining 10% would take another 24 hours to complete, meaning the final results will only be announced on Thursday.

“We want to finalise as many results as we can by early [Tuesday] evening and we estimate that we should be in a position to do approximately 90%, and the balance tomorrow [Wednesday],” he said.