The DA says it would rather take an opposition role than govern, if it can't find parties who match its criteria for coalitions. 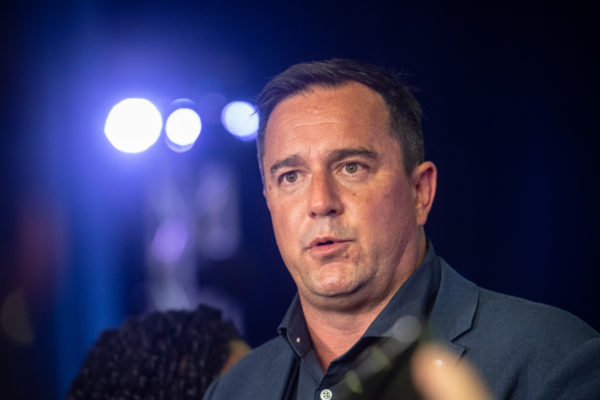 The Democratic Alliance (DA) has laid down its rules of engagement for coalition talks, as early local government election results indicate multiple opportunities for coalition governments in the country’s metropolitan municipalities.

The DA has secured an outright majority in Cape Town, party leader John Steenhuisen announced on Wednesday afternoon. Now it wants to govern in as many hung municipalities as it can through coalitions.

Steenhuisen lauded the party’s efforts to improve its support base following the 2016 local government election, managing to swipe nine wards in eThekwini, KwaZulu-Natal.

This includes snatching Phoenix, where the the party faced backlash for putting up posters appearing to support the gun violence which led to the death of 300 people in the area.

The party credits itself for bringing the ANC’s support base to below 50% in a significant number of voter bases nationally. Now they are gunning for control of administrations where early vote predictions indicate ample space for parties to tip the scales in their favour and govern through a coalition.

The DA has sent draft agreement documents to various political parties laying out what they will and won’t accept as part of a coalition in metros across the country.

Steenhuisen said when it comes to who it wants to work with, stability and long-term prospects will take precedence. He added the party was willing to forego a chance to govern and take its role as the official opposition where it fails to find common ground on its fundamentals laid out in the agreement documents.

The DA is open to working with different parties at different municipalities rather than a blanket, Steenhuisen said.

The party’s coalition negotiation team, headed by the leader at the Sheraton Hotel in Tshwane, had set up a matrix, keeping count of the votes in each municipality. The system is set up to help the party determine which political parties are best to work with based on their calculations and other considerations.