Cases handed over, with evidence, were either not being pursued expeditiously or were mysteriously withdrawn by the NPA in Johannesburg. 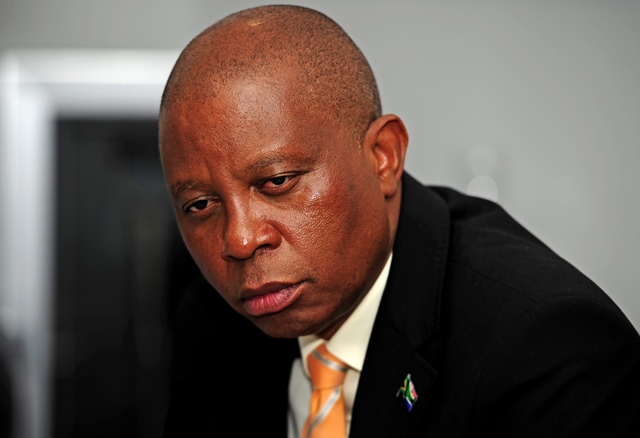 Johannesburg mayor Herman Mashaba has seemingly lost so much faith in the National Prosecuting Authority (NPA) that he is considering taking the private prosecution route on all cases of corruption that the NPA has refused to prosecute.

Mashaba has taken his frustrations with what he claims is the NPA Johannesburg division’s inaction and bungling of corruption cases amounting to billions of rands up with NPA head, Shamila Batohi.

In a letter to Batohi, the mayor has requested that the NPA issue him a nolle prosequi (decision not to prosecute) on all the corruption investigations before the NPA for decision, or where the NPA withdraws such cases for lack of prima facie evidence against the suspects.

After taking office in August 2016, Mashaba declared corruption “public enemy number one” and established the Group Forensic and Investigation Services (GFIS), bringing in an external forensic firm to clean up the city and bring those implicated in corruption to book.

In a letter addressed to Batohi, copied to Hawks head Lt-General Godfrey Lebeya and others, the mayor said the GFIS received and investigated a total of 5,597 cases between November 2016 and March 31, 2019, with the potential value of more than R33.9 billion.

He, however, laments in the letter dated May 16, 2019 that cases handed over by the GFIS, with evidence, were either not being pursued expeditiously or were mysteriously withdrawn by the NPA in Johannesburg.

Among the cases, the mayor cites that of alleged corruption in the construction and refurbishment of Eldorado Park and Hopefield power stations where a pre-payment of R88 million was made to the contractor despite no work being done.

He states that the investigation was backed by a forensic report with overwhelming evidence, and suspects were duly arrested and appeared in court.

The mayor states that the matter was postponed to a later date and, to their surprise, the case was provisionally withdrawn pending the financial investigation by the Financial Asset and Forfeiture Investigation.

“This begs the question as to why the prosecutor issued a warrant of arrest, knowing he was going to later withdraw the case? Another point of concern is that some of the arrested are foreign nationals and chances are that they may flee the country,” says Mashaba in the letter.

In another letter dated April 1, 2019 addressed to director of public prosecutions (DPP) in Johannesburg, advocate Andrew Chauke, Batohi and others, Mashaba also cites a case involving allegations of manipulation of property values.

“There appears to be a complete lack of will on the part of the [the NPA’s Special Commercial Crimes Unit] to ensure that the investigation is completed timeously,” the mayor complained.

Luyanda Mfeka, Mashaba’s spokesperson, said the mayor followed “numerous slam-dunk cases that have been withdrawn from court for over a year”.

“Despite our genuine efforts to assist the NPA in finalising these matters, they appear no closer to being re-enrolled. This has resulted in a number of significant criminal cases being left unattended to by the NPA,” Mfeka said.

NPA spokesperson Bulelwa Makeke confirmed that Batohi had received the correspondence from Mashaba’s office and that the matter was now receiving attention.

“[Batohi] has followed up urgently with the director of public prosecutions South Gauteng [Chauke] for the relevant background and status of the cases referred to.

“She will take appropriate action based on the report received from the DPP,” she said.

Beside the two big-money cases already mentioned, some of the other cases that Johannesburg Mayor Herman Mashaba believes are being bungled or not timeously pursued by the NPA are: