'The most important characteristic that a prosecutor must have is an impeccable reputation,' he said at the aspirant prosecutors programme in Pretoria. 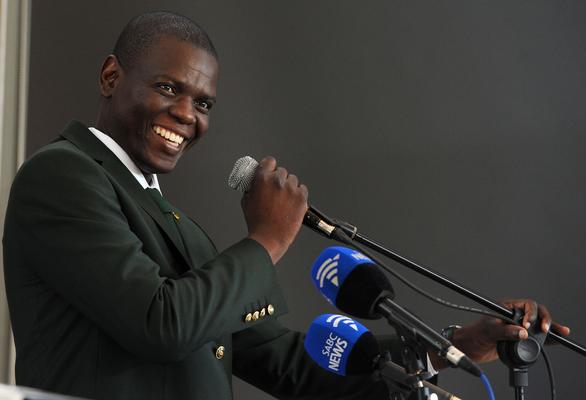 Minister of Justice and Correctional Services Ronald Lamola has urged aspirant prosecutors to withstand and resist political pressure when executing their duties.

“You’ll have to withstand and resist any form of political pressure during your work,” he said.

“It is a prosecutorial imperative and privilege to prosecute without fear, favour or prejudice in order for justice to be seen and to be done.”

“The most important characteristic that a prosecutor must have is an impeccable reputation.”

Lamola was speaking at the aspirant prosecutors programme in Pretoria on Monday.

He pointed out that former National Director of Public Prosecutions Mxolisi Nxasana was testifying at the state capture inquiry about political interference.

Lamola added that there is a need for a new era of prosecutors who will use their prosecutorial discretions to enable the criminal justice system to win the fight against crime and corruption.

“Someone once said that justice is an umbrella which covers our prosecutors, judiciary and police service. Out there, crime is raining down on us and in our endeavours to see that justice is served, we should not ourselves get caught in the rain,” Lamola said.

“Dr Ramaite is a very colourful prosecutor, who joined the prosecuting authority from 1982, a year before I was born; he was an evidence leader at the Goldstone commission of inquiry and has a lot of reported judgments behind his name in our various courts.

“He is taking an early retirement from national service.

“I thanked him for his immerse contributions to the prosecuting authority, he saw it being transformed from an enforcer of apartheid laws to prosecute in a democratic SA. He is an exemplary most of you can emulate.”

News24 previously reported that Ramaite requested President Cyril Ramaphosa’s approval for him to take early retirement and vacate office in terms of Section 12 (8)(a) National Prosecutors Act 32 of 1998, read with the determination of an employee-initiated package.

Ramaphosa accepted the request, Ministry of Justice and Correctional Services spokesperson, Chrispin Phiri, said in a statement on Sunday.