Malema and the EFF are accused of taking kickbacks for contracts in Tshwane, where they played kingmaker after the 2016 municipal elections. 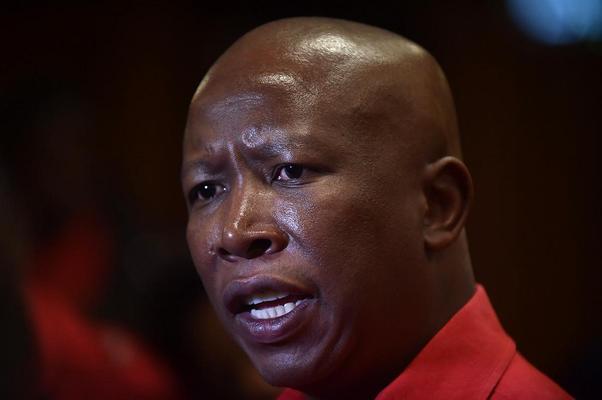 Tshwane Mayor Stevens Mokgalapa has ordered an investigation into a three-year tender to provide the municipality with fuel, after allegations of tender irregularities and corruption surfaced.

Mokgalapa ordered the probe on Monday following an article by amaBhungane that detailed several issues surrounding a fuel tender worth around R500 million, which was awarded to Balimi Barui Trading (BBT) and two other companies.

AmaBhungane reported BBT should never have won the tender as its prices were high, claiming the company’s director, Hendricks Kganyago, had paid millions to EFF leader Julius Malema.

The report links several payments from Kganyago to Malema and a company connected to EFF MP Marshall Dlamini. These payments, which started before the tender was awarded and continued throughout the year, amounted to R15 million.

Malema and the EFF are accused of taking kickbacks for contracts in Tshwane, where they played kingmaker after the 2016 municipal elections.

AmaBhugane also reported that none of the role players implicated in its investigation provided answers to questions that were put to them.

Mokgalapa has asked acting municipal manager Moeketsi Ntsimane to initiate a probe with a particular focus on whether BBT was the suitable company to be awarded the tender, what process was followed to finalise pricing and contracts, as well as whether there was any interference by Tshwane senior officials in awarding the tender.

Ntsimane will also investigate whether concerns raised by some of the bid adjudication members about pricing discrepancies were expressed and addressed appropriately.

“This will enable the City to establish the facts and implement appropriate consequence management measures,” Mokgalapa said in a statement.

“It remains my key priority to provide service delivery to the residents of Tshwane through clean and honest governance that is free from corruption.”

The mayor also lashed out at amaBhungane, accusing it of ignoring previous responses provided by the City that detailed reasons behind the awarding of the fuel tender to BBT.

In the same breath, he also requested that amaBhungane provide the City with prima facie evidence that would assist in proving the allegations.

EFF national spokesperson Mbuyiseni Ndlozi could not be immediately reached for comment. His comments will be added once received.