The minister has also called on members of the public not to 'provoke' security personnel. 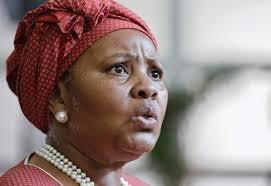 Minister of Defence and Military Veterans Nosiviwe Mapisa-Nqakula has said she does not condone the excessive use of force by some members of the South African National Defence Force (SANDF) on members of the public, as seen in video footage circulating on social media.

Footage captured of SAPS and SANDF members forcing members of the public to perform physical exercise as an apparent form of punishment, and allegedly physically assaulting people, has been doing the rounds on social media.

Speaking to the SABC on Monday morning, the minister pleaded with members of the army to refrain from using excessive force against the citizenry and to remember that they have been deployed to protect the citizenry and not abuse them.

She further urged communities not to provoke law enforcement officials deployed in the wake of the nationwide lockdown, called on them to stay at home and for members of the security personnel to “not allow themselves to be pushed to the edge by people who are trying to prove a point”.

The minister said she was unhappy about the videos.

Mapisa-Nqakula dismissed complaints that the army was more visible in the country’s black townships compared to the suburbs.

“We are all over the place where there is a high concentration of people,” the minister said.

She added it was unfortunate that where regulations for the lockdown were mostly being violated it was in townships such as Alexandra and Soweto in Gauteng, and Khayelitsha in the Western Cape.